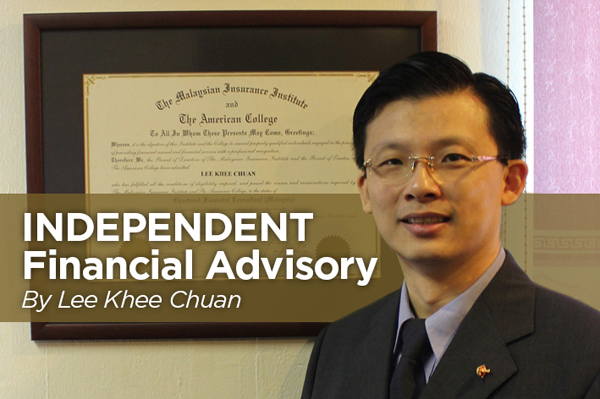 I have read in all the major newspapers which reporting that the Employee Provident Fund (EPF) was currently stepping up its publicity campaign to encourage more EPF members to nominate a beneficiary. Half of the EPF members have not done any nomination for their EPF money.

EPF said the purpose of the campaign is to urge members to prioritise their families’ welfare and to highlight how a disruption through death brings hardship and uncertainty for the dependents. Thumb up to EPF for their effort to make the EPF members aware of the importance of nominating a beneficiary.

Where there is no nomination, your EPF money will go to your estate, meaning it will be distributed according to Distribution Act 1958 (amended in 1997) if you do not leave behind a valid will.

If you leave behind a valid will that dictates how your EPF money is to be distributed, then the distribution will be based on your will’s instruction. In both situations, your estate creditors (if you still owe other people money) can claim the amount owed from your estate.

Note that EPF nomination will take precedence over your will instruction.

It is also important to note that the person whom you nominate in the EPF nomination is receiving your money as a beneficiary. Thus, it is advised that you choose a next-of-kin.

Problems will arise if a member does not update his or her EPF nomination. I always joke with my male clients, “If the nominee is your ex-girlfriend who is not your present wife, then your EPF money will go to your ex-girlfriend and not to your wife if you kick the bucket.”

How about life insurance nomination?

a) If you are single (with no spouse or child living at the time of nomination) and you nominate your parent(s), it will be caught under Section 166. This means that your parents will receive the insurance proceeds as a beneficiary.

b) If you are married and you nominate your spouse or child(ren), they will also receive the insurance proceeds as beneficiaries as well, meaning the money received belong to them. (Section 166)

Note that in situations (a) and (b), the insurance company will pay to a trustee you nominate in your policy (because it is a ‘trust policy’). Another point to note is that Section 166 does not apply to Muslim policy owners.

If there is no surviving trustee (many people nominate themselves as trustee of their own policies; and when an insured dies, there will be no surviving trustee), then Section 166 dictates that the insurer pays to the following party (as trustee) in order of priority below:

(i) A nominee who is competent to contract;

In situation (i), if the spouse survives the insured, then he or she can inherit the sum. However, in the event of a double tragedy when both adults perish together, then the money will revert to estate if there is no other surviving nominee. Then the estate creditor will be able to claim the insurance proceeds.

In situation (ii) where the nominee is incompetent (the child is below 18 or is a disabled child) then the insurer can pay to the surviving parent. (For single parents, please take note that your ex-spouse is still a parent of your minor children and the insurer can pay to him or her as the trustee of your insurance proceeds.)

In situation (iii), where only minor children are the surviving nominees, the insurer will pay the policy moneys to Public Trustee who will hold the money on trust until the child is age 18. Then the adult child will be paid in one lump sum the percentage of proceeds nominated to him or her.

Other than situations (a) and (b) above, when a policy owner nominate any natural person for his or insurance policy, it falls under Section 163 and Section 167 which say that your nominee only receive the insurance proceeds as an executor (situation c).

The law is very clear on this: “The payment to the nominee shall form part of the deceased’s estate and shall be subject to his debt and the licensed insurer shall be discharged from liability from the policy money paid.”

This means that your insurance proceeds paid to the nominee still belong to your estate. Your nominee is only receiving the moneys on behalf and shall act like your estate administrator/executor.

Your estate creditors have right to take away this money to offset your debts. The duty is on your nominee’s shoulder to administer and distribute your insurance proceeds. Once the insurer has paid the money to your named nominee, they are discharged from the liability.

I have reviewed many life insurance policies and found some common problematic nominations under situation (c).

Example 1: A single lady nominates her niece as a nominee in her life policy. Though her intention is for her niece to inherit her insurance money, Section 167 will not protect her wish.

It becomes a worse situation if her niece is a minor child. How do you expect an under-aged child to be the executor when she has not reach the legal age to open a bank account? (The insurer will issue the death claim cheque in the name of the named nominee.)

Example 2: A single man nominates her sister as a nominee and with the intention that his sister inherits his insurance proceeds. Under Section 167, his sister is to only act as his executor for the proceeds!

Example 3: I have seen one case where a Muslim widow nominated her four under-aged boys as the nominees of her insurance proceeds. Note that Section 166 does not apply because for Muslims’ estate – including all insurance proceeds – is to be distributed according to faraid distribution.

In the above case, it is funny that her insurance agent advised her to nominate her minor children and his insurer did acknowledge the nomination in the insurance policy. In the event of a death claim, the insurer will issue the claims cheque with the names of the four boys on it.

The insurance proceeds will be stuck until all the boys reach the age of 18. By then, the cheques will be voided (more than six months).

I assume everyone will want to make sure their beneficiaries can inherit their hard-earned assets and moneys when the time comes (but I am not sure what the other 50 per cent of EPF members are thinking). It is advisable to seek professional advice on such matter.