Friday, October 7
You are at:Home»News»Sarawak»Joinland donates RM50,000 towards kindy project 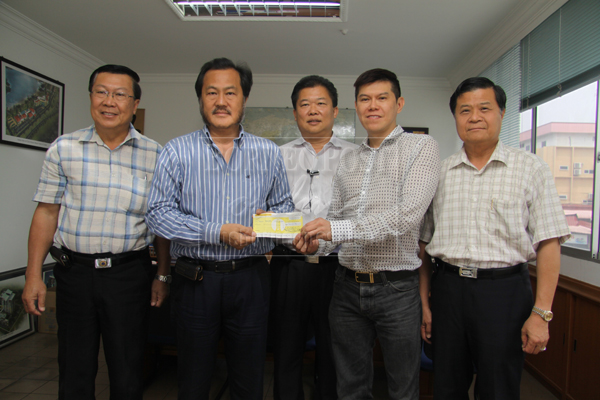 ONE UP FOR EARLY CHILDHOOD EDUCATION: Hah (second right) presenting the RM50,000 donation to Hii as Ling (centre), Eii (left) and Teck Yun look on.

Hii said he was glad that Joinland had stepped forward for the good of early childhood education as the building fund was still short of money even though the earth-breaking ceremony was performed by Second Finance Minister Dato Sri Wong Soon Koh way back in 2008.

The kindergarten project is undertaken by Miri Foochow Association which aimed to turn this RM10 million initiative into one of the best kindergartens in the country.

The proposed kindergarten is sited on eight acres of prime land along the coastal road. The land was acquired by the Association many years back.

The association undertook this project as it was keen to help the government nurture quality human capital.

The project was launched in 2008 in conjunction with the association’s 60th anniversary celebration and the installation of Malaysia Federation of Foochow Association new office bearers then.