THE title of this article sounds like it came from the chorus lines of an Italian opera. From the Latin word nebulus, we have the English word nebulous or cloudy. In many regions in England, spoken in local dialects (as in Sarawak), there are adages forecasting the weather based on the shapes of overhead clouds. 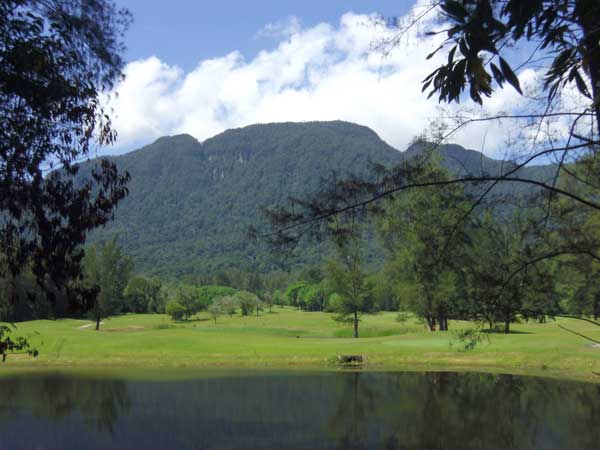 CLOUD PATTERNS: Learning to recognise the type of cloud overhead will turn personal weather forecasting into an art rather than a science.

George Herbert, the English Victorian poet wrote:
When clouds appear like rocks and towers,
The earth’s refreshed by frequent showers,
When mountains and cliffs in the clouds appear,
Some sudden and violent showers are near.

This applies today to Sarawak and Sabah, as we all have the ability to study cloud types overhead and thus forecast impending rainstorms or dry weather on a daily basis.

Sitting on the rocks at Damai and looking up to Mount Santubong, I reflected on my earlier life as a teacher of meteorology to pre-university students, albeit on the vagaries of the many air masses that hit the UK and their associated cloud patterns.

Happy memories flooded back by just looking at the cloud patterns changing within a few hours at Santubong … was there to be rain overnight and a dry morning? 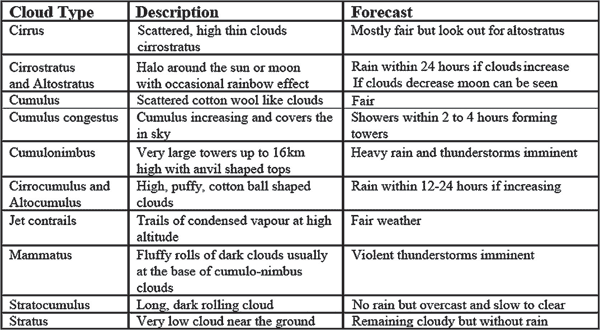 Why do wisps of high white cirrus clouds, like horses’ tails, bend in the sky at the Santubong Peninsula thousands of metres above to reflect the shape of the peninsula? Why, within a few hours, do these become grey-black threatening piled up or cumulus clouds with threatening rain?

In coastal areas in Sarawak, clouds mostly form from the intense heat of solar rays that evaporate water from previous rains on the land and seawater. Interestingly, as waves break on the shoreline they naturally scatter saline water droplets skywards.

On land surfaces, ploughing and building construction sites create dust which is also swirled into the atmosphere. As hot air rises from the sea or the land, it continues to rise to reach dew point or condensation level, usually marking the height of the base of the cloud. As the air continues to rise through convection updrafts, the air expands and cools even further to reach saturation point.

With the constant uplift of rising hot air from the South China Sea and the Borneo landmass by day, there is constant turbulence within the cloud mass as tiny vortices occur in the clouds. The finer water droplets collide with each other and join thus grow ever bigger to eventually succumb to gravity, as they are now unable to be supported by the convectional updrafts.

These water droplets begin as minute globules of 0.1 millimetres in diameter, then grow to a maximum size raindrop of 5 millimetres. This droplet collision and coalescence theory was observed by Simpson and Mason many years ago and is still researched today.

Each cloud formation that we may hourly observe gives us valuable clues to imminent rain, torrential rain or little or no rain. Most of the rain in Borneo, even in the wet monsoon period with South East winds, is of a convectional nature – the result of hot air rising, cooling at altitude and thus water vapour condensing into water droplets. Yet there are other factors to come into play.

As we know in Kuching, our local roads may be drenched with rain but 2km ahead the road is dry. Every city creates its own weather and its own clouds. On a mountain in Borneo, be it on Mount Kinabalu or Santubong, such an obstacle faced by warm moisture held prevailing winds, forces air to rise, cool and condense … hence localised rainfall.

The World Meteorological Organisation (WMO) has identified 10 major cloud types, which are classified according to their height, shape, colour and associated weather.

Latin names are ascribed to them such as cirrus (hair), cumulus (heap), stratus (layer) and nimbus (rain bearing). By recognising the type of cloud overhead, personal weather forecasting becomes an art rather than a science.

On air flights we are sometimes requested by the pilot to ensure that our seatbelts are fastened as the aircraft is buffeted by updrafts. Looking out of the cabin window we see nothing but white cloudy mists. There we are technically in a convective cloud associated with an unstable air mass. Once we get above the cumulonimbus cloud’s upper height at about 16km, the sun shines through and we can see the anvil-shaped tops of the tower-like structures below where, at ground level, torrential but relatively short-lived rain occurs.

In Kuching we often say, “The harder the rain, the shorter the shower.” Such cumulonimbus clouds, whilst delivering lightning, thunder and rain, are most welcome to cool down the air temperature, for the wet conditions and chilled air drawn down by the rain helps us to cool off – despite our waterlogged clothes. Nature has a strange way of rewarding us.

For further information on cloud patterns go to www.journals.ametsoc.org, www.bom.gov.au, or www.boatsafe.com.