Monday, September 21
You are at:Home»Sports»Centre of excellence boost cricket development 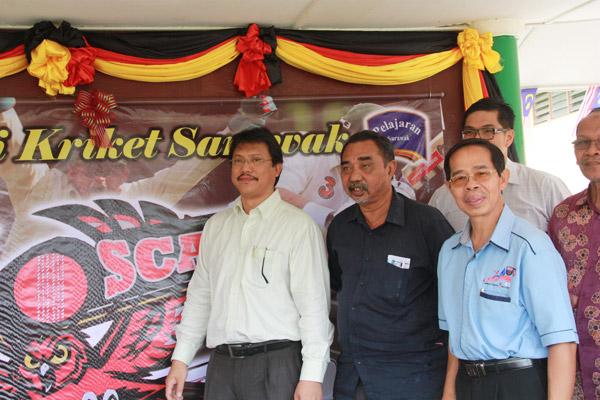 KUCHING: The sport of cricket in the state got a timely boost as the highly anticipated Sarawak Cricket Association’s (SCA) Cricket Academy was successfully launched at SK Tabuan’s cricket ground yesterday.

“This cricket festival was the culmination of a successful development programme of the centre with the purpose of touching base with the coaches and volunteers of the cricket programme,” he added.

Awang Mahyan disclosed that 14 schools have actively involved in the programme and added that SCA would continue to work closely with district’s education department to set up more cricket teams in the rural primary schools which will be monitored by the cricket centre of excellence coaches.

“We were really happy to see that mini-cricket is going strong in the rural areas and that the children are getting involved in greater numbers. This is just one way that both SCA and MSN are helping to shape the stars of tomorrow,” he commented.

“The most important aim was to ensure that coaches and the young players received the correct training in the development of skills such as batting, bowling and fielding,” said SCA’s secretary Gordon Chung Pei Nan.

“It was heartening to witness during training that the kids are enjoying the games of mini-cricket as well as the amount of passion the coaches put in,” said state assemblyman for Demak Laut Dr Hazland Abang Hipni who was present at the launch.

“I come to understand that the coaches had a really good few months coaching the young cricketers from schools around Kuching and there’s no better feeling than knowing that the work you coaches (teachers) are doing is touching lives and I am very impressed with the progress made by the coordinators in the different schools,” commented Dr Hazland.

Sector head of the human development officer from Sarawak Education Department Ellen Maniam said that the cricket academy was set up in support of the ‘One Sport One Student’ initiative of Ministry of Education within the revival plan of national education reformation.