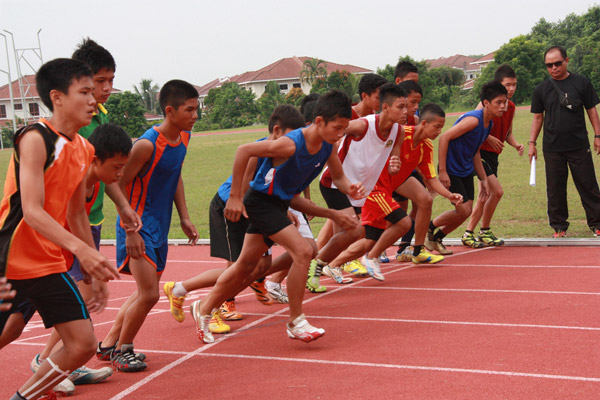 EVENTS MEDLEY: Runners of the U-13 category powering ahead at the 800m event at SMK Tabuan Jaya Mini Stadium yesterday.

SMK Engkilili’s 13-year-old girl Shafarina Entega Sabong was the toast of the school’s team by collecting 3170 points and was named the ‘Best Girl’ of the age-group category.

Shafarina’s teammates Henry Santok in the Boy’s 13-year-olds category was second behind SMK Lundu’s Wilco De Vogt who topped the group with 4010 points.

Other top athletes in the boys and girls 14-year-old were Ollyran Kayton Kijau of SMK Wira Penrissen and Naziatul Akmar Shasruddin from SMK Sungai Tapang. 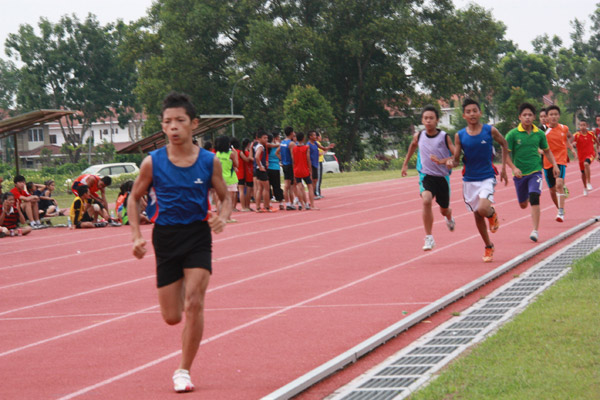 According to the organising secretary Clement Chong only few selected schools throughout the state were selected as centres for SPTS’s Talents Camp which is placed in three zones-Southern Zones for Kuching, Samarahan and Sri Aman, Central Zone for Sibu and Sarikei, Northen Zone for Miri, Limbang and Lawas.

Chong said that top athletes of Boys/Girls aged 13 and 14 from the zones’ centres are required to compete in a medley of five events- 100m dash, High Jump, Long Jump, Shot Put, 100m Hurdles and 800m and highest points will be awarded to the best times recorded for each event contested.

Schools from the three zones that has accumulated the highest points will represent Sarawak in the Inter-States SPTS’s games to be held in Johor Baharu starting from Oct 30 to Nov 3.

In another note, Chong also said the coaches in each centre are also teachers of the school and their roles are to manage, educate, nurture, and empower athletes providing opportunities for personal growth and development.

“ These are some of the objectives in line with the Ministry of Education’s ‘One Student-One Sport’ policy and are to be accomplished in practices in order to achieve excellence which will span approximately over ten years through routine continuous practices and during competitive situations,” he concluded.

For central zone Sibu, SMK Julau topped the other centres by scoring 430000 points.