Tuesday, August 4
You are at:Home»News»Sarawak»Drug rehab centre inmate fails in bid to escape 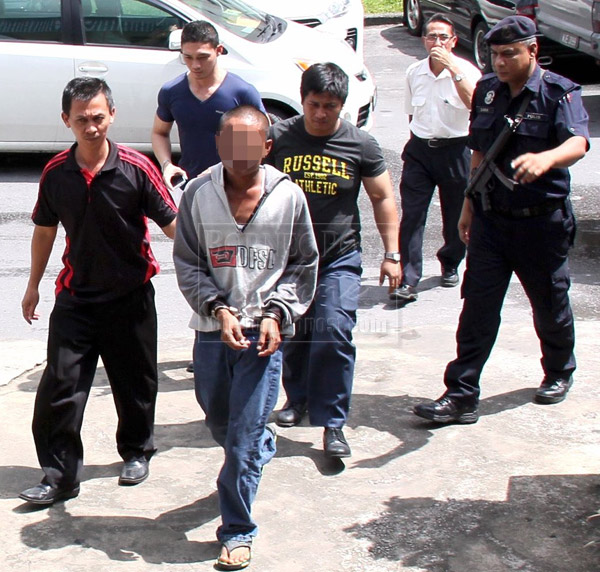 SHORT-LIVED FREEDOM: The recaptured escapee being escorted by AADK personnel and police to the Simpang Tiga police station.

KUCHING: A drug addict was within a bus ride of completing his escape bid after he and a fellow inmate broke out of a drug rehabilitation centre on Wednesday.

The 26-year-old from Sibu was nabbed by National Anti-Drugs Agency (AADK) personnel around 1pm yesterday at Kuching Sentral where he was having a meal and holding a bus ticket destined for his home town.

It is said that the man, along with a 40-something inmate, were discovered missing from the drug rehabilitation centre at Mile 6 Penrissen Road sometime on Wednesday.

A search was promptly launched for the duo, with AADK personnel stationing themselves at Kuching Sentral in anticipation of the younger inmate attempting to flee back to Sibu by bus.

Efforts to locate the second escapee are ongoing.