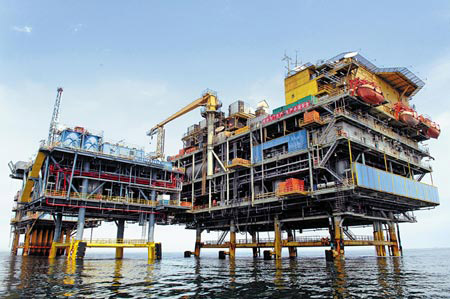 BULLISH TRADE AHEAD: The trade commissioner hopes the O&G sector will continue to be a growth area, but there is also a lot of fertile ground for commercial links to be established.

According to Canadian trade commissioner from the Canadian high commission, Ross Firla, the bilateral trade focus between the two countries has shifted lately from being product-oriented to bilateral investment-based in the future.

He explained that investments between the two countries were rather significant, for example Felda spending roughly C$250 million in Quebec for Canola oil research.

“Canada too has left its mark locally with companies such as Talisman, Bombardier, SNC Lavalin, Teknion and many others,” Firla mentioned.

“Over the past decade, Canada has witnessed a substantial growth in both inward and outward foreign direct investment (FDI) reflecting its strong connection to global supply chains with over 31 per cent going to manufacturing in Canada’s FDI stock in 2011,” he added.

From the Malaysian side, Firla explained that Malaysian companies primarily venture into oil and gas (O&G) and agriculture.

However, according to Firla, recently the Malaysian Industry-Government Group for High Technology (MIGHT) recently sent a trade mission composed of a number of companies involved in multiple sectors including transportation, green technology, information and communication technology (ICT) which was a first for Canada.

“I think that this would be a major step in building the bilateral commercial relationship between the countries. While we have the agriculture and oil and gas to mention there, we think that the spectrum will broaden in the future as we look for positive growth,” stated Firla.

Firla also touched on his hopes that the O&G sector would continue to be a focal growth area as there was “a lot of fertile ground for commercial links to be established.”

“I think as our engagement with Asia grows, we will discover new areas which we can collaborate. But as we grow to understand how complex and profound our two economies are and where we can make those collaborations I think things would only get stronger and better,” said the trade commissioner

“I would say Export Development Canada (EDC) is the best organisation for helping the linking of Canadian relation companies and business ventures. They have the ability to help finance projects and cover credit risk. They will work with Malaysian and Canadian financial institutions to support projects in both countries we feel that from a financing point of view that this is the best mechanism in which we can promote business and vice versa,” he added.

“With the country’s strong transport links (namely the Asia-Pacific Gateway and Corridor Initiative launched in 2006), multicultural, multilingual and well educated labor force, the bilateral trade between the two countries will only get better in time.

“With Canada joining the last round of talks for the Trans Pacific Partnership Agreement, I feel that this is a step in the right direction.”