Friday, October 29
You are at:Home»Business»BizHive»Architecture: Engineering the nation’s future

Women are becoming a vital force in architecture 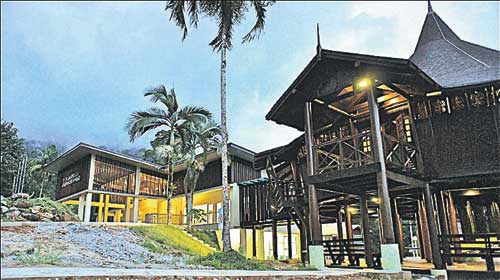 In the male dominated world of architecture, more and more women architects are making a name for themselves.

Many of them have overcome obstacles and established highly successful architectural careers including the designing of landmark buildings in the world.

Among them is Iranian-born Zaha Hadid, who won the Pritzker Prize (Architecture’s highest honour) in 2004. 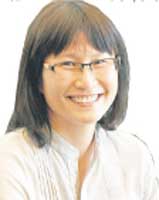 Atelier Timur Sdn Bhd director Ivy Jong pointed out, “In Sarawak, we have not made our presence felt enough and our roles are usually understated, partly because many of us are multi-tasking with family life and promoting one’s work is not a high priority.

“In terms of ratio, only about ten to fifteen per cent of the members registered with the Malaysia Board of Architects (LAM) are women.

This is despite an almost equal ratio attending Architecture courses in University,” she said during an interview.

“Choosing to take up architecture as a profession means a long gestation period at university, after which, you need to work for several years before you sit for your professional registration exams to qualify as a Professional architect,” she shared.

“The time span for study, training and exams to be an architect is similar to that of a doctor; some women do not have the time due to other commitments,” she added.

Asked if women architects performed better in certain areas of architecture, Jong pointed out that there were no gender difference in terms of design and practice, “but may be in the way we approach work.”

“From my personal experience, we tend to be a bit more meticulous.

“We review various options and ways of executing a design or manage a project in detail rather than the other way round.

“Meanwhile, our male counterparts would probably be looking at it from an overall perspective and attend to the finer details later.

“Gender-wise, the attributes from both genders combined would be a good balance in a project team,” she said.

Women are generally better at the other aspects of the architectural practice such as personnel management and finances, and more sought after in fields of architectural education, publishing, exhibitions and so forth. 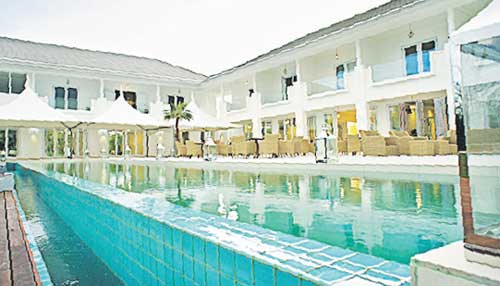 One of the challenges faced for woman architects, in particular one with family was the struggle of balancing the two; the pace of managing projects or meeting datelines were intense and it was difficult to have someone else to take over the work as much of it required the personal touch and intuition, she elaborated.

In the past, there were views that women architects were not suitable for site work but that has changed in recent times.

“Although it can be physically very challenging, most women architects do not face this problem anymore,” said Jong.

“However, there is no denying that this is a male-dominated industry and there are ‘glass ceilings’ in many areas of our work,” she stressed.

“Women need to overcome this mind-set and make their presence felt”.

Jong is a director at Atelier Timur, which was started with her husband, Sia Peh Swee in 2007.

Since then, the practice has grown into a family of talented architects and people in associated fields, this has enabled the firm to successfully cater to their clients requirements.

Five years down the road, the firm has completed several notable buildings in Kuching, such as the Titanium Building at Jalan Song, the Visitor’s Centre for Taman Negara Gunung Gading and the Betong Catholic Church to name a few.

Its buildings are mindful of the current and future needs of the end-users with considerations to ensure that the design is sustainable and easy to maintain while conveying a sense of place.

“We like to work with different building materials and get a real satisfaction in finding new or alternative ways to detail them,” said Jong.

Its recently completed Visitor’s Centre at Taman Negara Gunung Gading is an example; as the new design involves the existing Baruk building with the new Customer Service Centre as an annex.

It is also involved in community projects, currently acting as architects for the ‘HOPE’ project, which is helping with renovations and extensions for a Home of the Aged in Landeh as well building rural churches.

“It is our way of giving back to the community through our architectural expertise…” Jong concluded.