Monday, December 6
You are at:Home»Business»SME Masterplan to help address issues in the industry 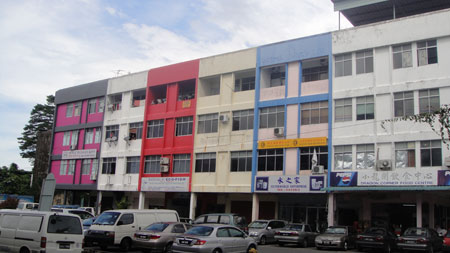 ADDRESSING KEY ISSUES: SMEs needs to buck up in order to compete in the market and help push the nation towards its goal of being a developed nation. Photo shows shoplots occupuied by SMEs.

KUCHING: Accounting for the bulk of businesses in the nation, small medium enterprises (SME) need to buck up in order to compete in the market and assist in achieving the target of being a developed nation by 2020.

Karunajothi Kandasamy, the senior director of economic and policy planning of SME Corporation Malaysia (SME Corp) stated during the SME Masterplan 2012-2020 talk yesterday that the next step for SMEs would be how to align themselves to complement the government’s initiatives to achieve high income status.

“Current SME productivity in Malaysia is very low at US$15,000 per worker while countries like Singapore are going at US$55,000 per worker. We understand that among the reasons for the low productivity levels are factors such as working in low value added service sectors, high dependency on foreign labour as well as high engagement in high labour intensive sectors,” she said.

She further added that the high level of informal sectors (illegal companies) further exacerbated the situation as it made the market an unfair playing field as these entities did not pay taxes and hence could undercut the market.

She added that despite having rather robust business formations they were still relatively low as compared with high-income economies and constituted only half of the average entry density of a high-income economy.

It was also revealed that most of these entries were sole proprietorships and partnerships.

“Locally most SMEs are rather comfortable in their positions but the mentality has to change as with the implementation of the Asean Free Trade Area (AFTA) in 2015, if local companies are unable to compete, they will lose out in the market,” she explained.

The senior director also elaborated the need for more high growth companies and stated that there were six factors that were hindering the growth in local SMES namely, the lack of innovation, the lack of human capital development, difficulty in accessing financing, market access issues, legal and regulatory boundaries as well as infrastructure (which was the main issue in East Malaysia).

“The government has come up with six high impact programmes (HIP) under the SME Masterplan to help address the issues that are being faced in the SME market which include the integration of business registration and licencing, a technology commercialisation platform, SMEs investment programme, Going Export (GoEx) programme, catalyst programme and inclusive innovation,” she explained.

She stated that some of these HIPs would be essentially managed and delivered by the private sector but would be managed by a ministry or agency. The lead ministry or agency would report the progress and outcome in terms of increase in sales, profits, investments, productivity and other key indicators through the central coordinating agency to the national SME development council.

Kandasamy noted that the SME Masterplan signified a new beginning in an effort to bring SME development to the next level and that this would require a differentiated approach to create a new breed of SMEs that were globally competitive.

“The six HIPs are critical in making the plan a success, together with other complementary measures to address current constraints to growth of SMEs.”