Thursday, February 2
You are at:Home»News»Sarawak»Kidnapping report leads to roadblocks
For the freshest news, join The Borneo Post's Telegram Channel and The Borneo Post on Newswav. 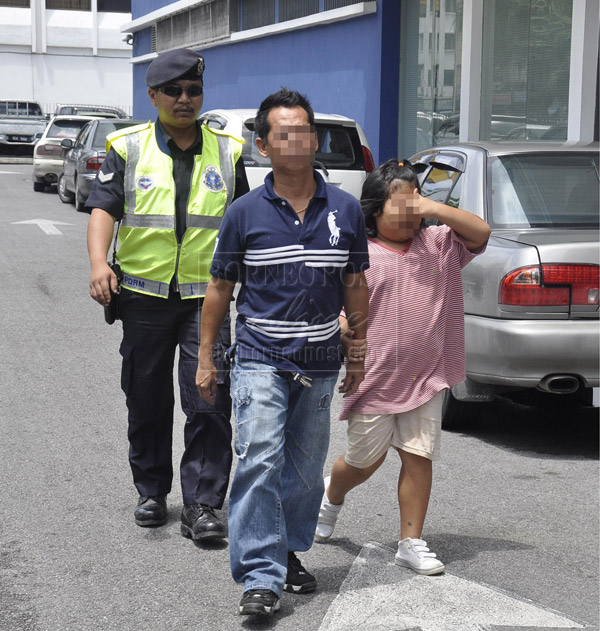 FAMILY DISPUTE: A policeman escorts the man and girl to the police station.

SIBU: Police set up roadblocks here yesterday after receiving a report that a nine-year-old girl had been kidnapped.

A 57-year-old woman lodged the police report in Saratok yesterday morning alleging that her granddaughter, who is adopted, had been kidnapped by her adoptive father.

The woman alleged that the father, who is her son-in-law, had taken the girl from her school in Saratok.

This prompted police here to set up roadblocks at Durin and Lanang Road.

Around 11am, police stopped a car being driven by the 42-year-old adoptive father at Durin.

His adopted daughter was in the car along with his friend and the three were apparently headed to Miri.

They were then brought to the Sibu Central Police Station.

It was later discovered that on Aug 15, the girl’s adoptive father had lodged a police report that his 33-year-old estranged wife had taken the child from their house in Miri to Saratok without his consent.