Thursday, October 21
You are at:Home»News»Sarawak»Director bemoans low level of awareness on OSH among SMEs 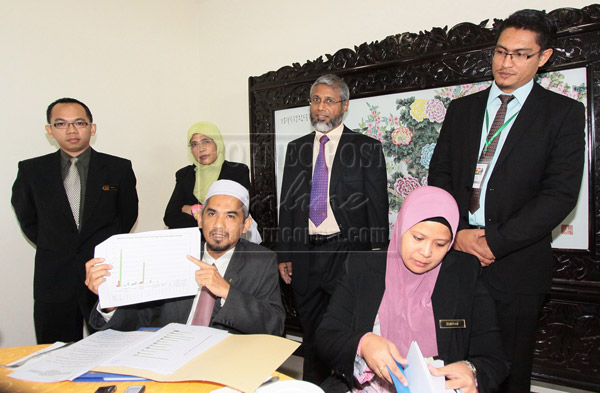 KUCHING: The level of awareness on occupational safety and health (OSH) among Small and Medium Enterprises (SME) here is still very low compared to their counterparts in Peninsular Malaysia.

This observation was made by State Occupational Safety and Health Department director Mohd Hatta Zakaria who revealed that none of the SMEs here had achieved Grade A, B or C during the auditing of ‘OSH Improvement in SME Master Plan’ programme conducted this year from January to June.

These two grades were so much below the satisfactory level, he told a press conference after launching the ‘Occupational Safety and Health in SMEs Workshop’ yesterday.

“The awareness of SME players on safety and health in their workplace is very low and to curb this, we have held and planned activities including spreading information on occupational safety and health through ‘door-to-door’ method, umbrella project, and continuous registration,” he said.

On the OSH Improvement in SME Master Plan programme, Hatta explained that it would be held from 2010 to 2015 and hoped by the end of the programme, many SMEs would realise the benefits of OSH.

He said they would constantly conduct auditing on SMEs to guide them and increase their awareness level on OSH , adding he hoped that by end of the programme many SMEs would achieve Grade B and C, if not Grade A.

“If there is any company achieving Grade A, we will recommend the company to be the candidate for the national-level Safety and Health Award.

“At the moment, all the award recipients are from west Malaysia which means they have achieved Grade As,” he said.

He said in general, about 90 per cent of the industries here had formed safety and health committees at their workplaces.

“This percentage is from the bigger industries like oil and gas companies.

“A company which has more than 40 staff must form a committee to address occupational safety and health,” he said, adding most SME had less than 40 workers.

A total of 120 SMEs owners attended the workshop yesterday.

Hatta said with the data on participants, they would conduct an audit on the companies after three months.