Thursday, August 11
You are at:Home»News»Sarawak»Mawan: SPDP Putera, Puteri members groomed to be leaders 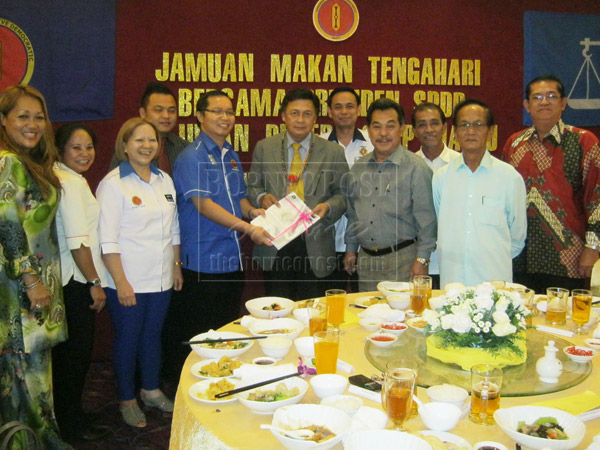 MIRI: Members of SPDP’s Putera and Puteri wings are being groomed to be future leaders of the party.

Party president Tan Sri William Mawan Ikom said the present batch of leaders in the party wouldn’t be there forever, and when the time come they would have to make way for their next echelon of leaders, and that is where leaders from its Putera and Puteri wings come into play.

In order to ensure that the party is administered well, Mawan said members of the young wings must fully understand the philosophy behind the party and its struggles.

“They must also be loyal to the party and never harbour any ill feelings,” he said to The Borneo Post after attending `Lunch with the President’ organised by Putera SPDP Piasau here yesterday.

On the lunch gathering, Mawan said it showed the spirit of the Putera and Puteri wings, especially in relations to how they stitch cooperation and unity to ensure its success.

“Putera abd Puteri SPDP must keep up with their activities and work closely with all members of SPDP to make the party strong,” said Mawan. At the gathering, 350 SPDP membership forms to join Putera and Puteri of SPDP Piasau were handed over to Mawan in a simple ceremony.