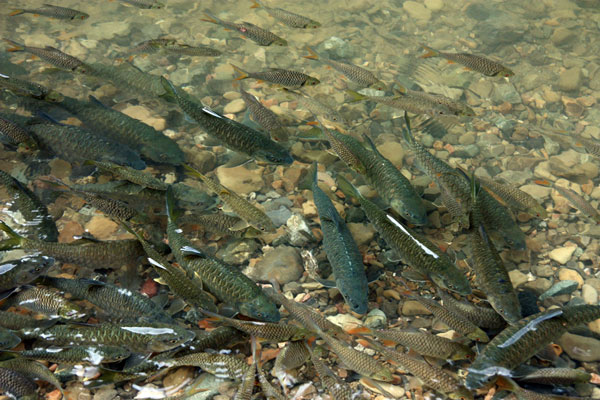 SUSTAINABLE environmental management and tourism complement each other at Kampung Luanti Baru, a village in Ranau.

The Fish Spa Experience, promoted as a tourism product through the Tagal system, ensures that while the environment and marine life are kept intact, the villagers are benefiting from promoting the environment through tourism.

Sited 130km — about two and half hours’ drive — from Kota Kinabalu, this village is tranquil, peaceful and rather sleepy just like any other hamlets in Sabah with a river winding through it.

The 300-strong inhabitants of Kadazandusun descent are, however, awakening to the presence of the international community which  promotes a fish spa at their river that is teeming with fish.

A spokesperson for the setup, Jeffrin Majangki, said the fish spa was mooted several years ago when Tagal system was started.

The fish then began to multiply due to the system which actually means no fishing and is aimed at conserving the environment and ecosystem to benefit future generations.

Due to regulated fishing and use of the resources in the river and along its banks, the Ikan Pelian grew in size and bred, populating the water.

As the villagers use the river for bathing, they found that the fish actually nibbled at their legs for dead skin.

“We receive about 1,000 to 1,200 visitors a month. They all want to experience the fish spa or look at our fish,” Jeffrin said.

These friendly docile masseurs are actually the main reason for the tourist arrivals in the village. The tourists only want to enjoy the River Fish Spa Experience — so it seems they complement each other.

As soon as visitors dip their feet in the water, the fish rush forward and frolic with them fearlessly and in the process, they start their massage by sucking off dead skins and scabs from their customers’ exposed limbs.

It is believed the fish massage helps suffering from psoriasis as they are only attracted to dead and unhealthy skin.

“Of course, the fish spa is our star attraction but we also have various other sights and sites to offer to our tourists,” Jeffrin said, adding that a river trek is always recommended to those wishing to enjoy Nature along the meandering river.

a great curiosity to those interested in the ecosystem.

“Besides, we also offer river rafting where you can float down the river and watch the scenery go by. Those not too keen on being rushed and brushed rapidly down rapids should try the rafting in that area.

“There are some waterfalls along the way though, he said, adding that staying at Kampung Luanti Baru is for those who want tranquillity in a rural environment,” he said.

Meanwhile, those wishing to camp out in this area can pitch their tents on the camping ground about 150m by 80m big, and thus can accommodate quite a number of medium size tents, he shares.

“Or they can opt to stay in our chalets and homestays. We can accommodate up to 80 people at any one time,” Jeffrin added.

According to him, the Tagal will be opened during a River Festival later this year or early next year.

“A village community meeting will be held soon and I believe we will come to a decision on the date,” he revealed.

The opening of the Tagal, is where the villagers come together to harvest the fish in some designated spot in the river. The catch is usually divided among the participants to be brought home as food, while some are eaten together at the festival by the river.

The Tagal system in Kampung Luanti Baru ensures sustainable river management as fishing at the fish spa spots are prohibited at any time.

It seems the residents are on to a good thing there that can be emulated by other villages in the State. 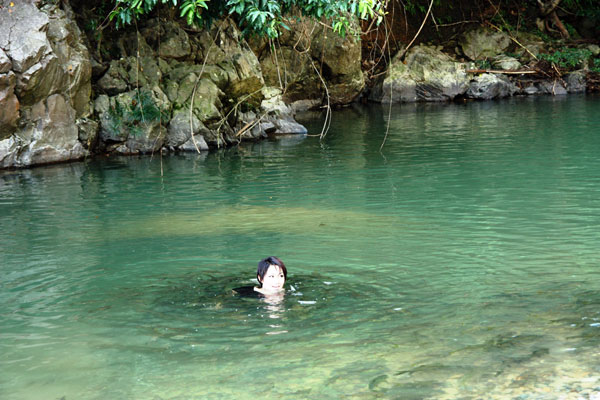 A girl having a massage. 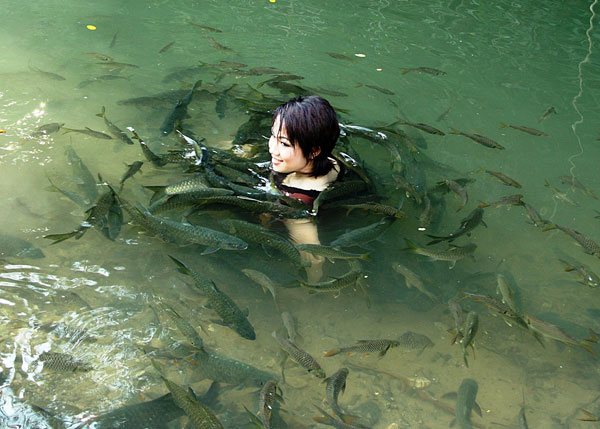 Friendly fish swarming around a bather in Moroli River. 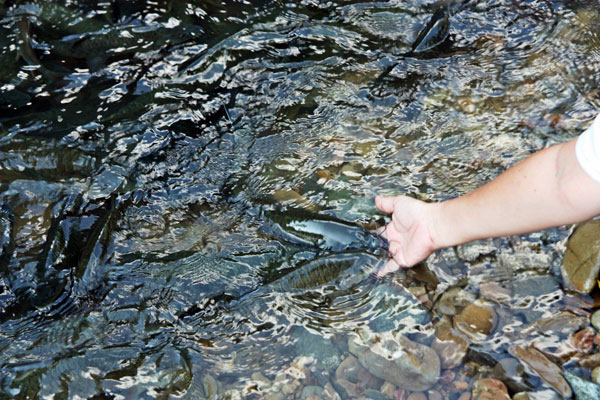 Previous ArticleShed a little light
Next Article Return of the Heroes