Friday, August 7
You are at:Home»News»Sarawak»Miri Port endeavours to become shipping and tourist destination 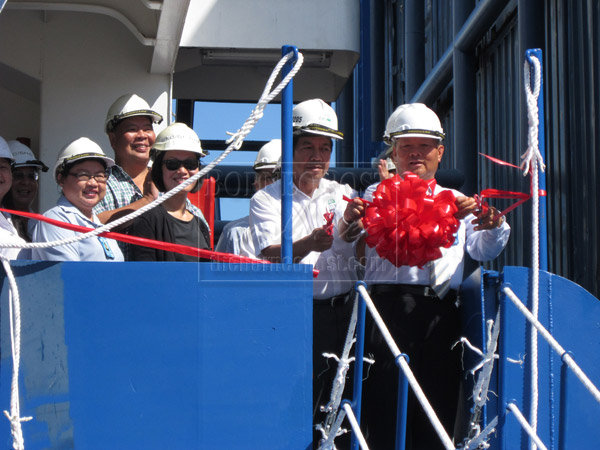 MIRI: Miri Port Authority (LPM) will work hard to strengthen its position as a shipping and tourist destination in the state besides being a major port in northern Sarawak.

General manager Shebli Hairani said although the vision was challenging it was not impossible to achieve with cooperation from the private sector here.

He said by promoting and selling their products abroad, the private companies would directly introduce Miri to the outside world which ultimately would make it to be known as an expert centre in the northern region.

“It directly helps us to introduce Miri abroad not only as a centre of commerce for import and export activities but also as a tourist destination.

“This will further strengthen its position as a major tourist centre of Miri in Sarawak and attract more investors and visitors to come here,” he said at the launch of cargo ship MV Sinar Seaway’s maiden voyage from Miri Port to Port Klang, in Kuala Baram, near here, yesterday.

MV Sinar Seaway is owned by Woodman Group of Companies.

In his speech, Shebli praised the company for having full confidence in the port authority to manage its cargo shipping activities.

Meanwhile, he also disclosed that the port authority had plans to collaborate with companies from neighbouring country Brunei Darussalam, including Limbang and Lawas by providing world-class services in view of the port’s strategic location.