Saturday, August 15
You are at:Home»News»Sarawak»S’wak has potential to be cultural arts hub — Consul-gen general 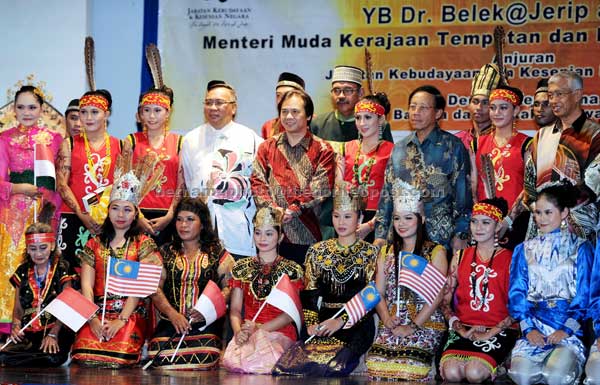 KUCHING: Sarawak has the potential to become a centre for cultural arts in the region, said Indonesian Consul-General in Sarawak Djoko Harjanto.

He said the potential could be seen as Sarawak had consistently organised various musical shows and festivals, such as the Sarawak Rainforest World Music Festival and cultural exchange programmes with the Kalimantan province in Indonesia.

“Organisation of such cultural activities could develop regional culture and the collaboration could also promote exchange of ideas among those involved.

“Sarawak has from earlier on showed that it is not only capable of organising programmes, but also has vast knowledge on cultural arts,” he said at the Cultural Exchange Programme Performance 2012, here Saturday night.

Saini in his speech noted that the cooperation and the cultural exchange programme between Malaysia and Indonesia would be continued in an effort to promote cultural arts, particularly to the younger generation. — Bernama