Wednesday, July 8
You are at:Home»News»Sarawak»Alarm over quarrying at Niah caves 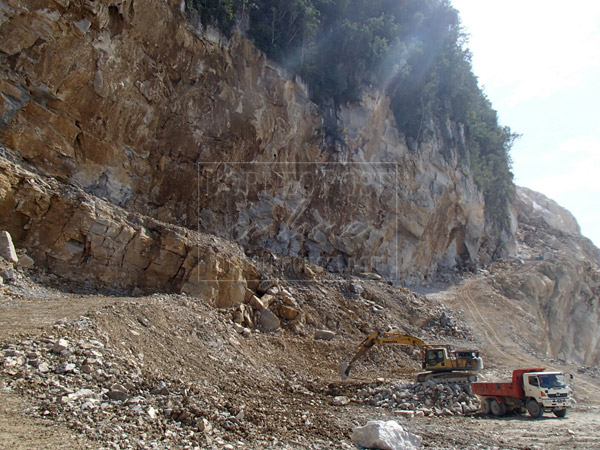 TOO CLOSE FOR COMFORT: The concerned public wants clarifications over quarrying near the Niah Caves.

MIRI: Members of the public have raised concern over quarrying activities at the Niah caves hills which could destroy the archeological jewel of the state.

DAP Senadin chairperson, Lim Su Kien called on the relevant authorities to clarify the destruction of parts of the caves system by the quarry companies.

Lim said she received a tip-off from members of the public and wanted clarifications as it is of public interest.

“The affected area could not be seen from the main road, but instead one has to go far inside the cave to see it.

“From the photos, I believe some parts have been destroyed for commercial use,” she said when met by reporters during a press conference at DAP Senadin’s office here yesterday.

The Niah Caves are open to public but there are some areas which are protected and could not be entered by unauthorised person.

“Who knows if somebody is trespassing to the area? We do not know, hence we ask for authorities to check for us if the story is true,” she added.

She also urged authorities to take stern actions if the extraction of limestone there was illegal.