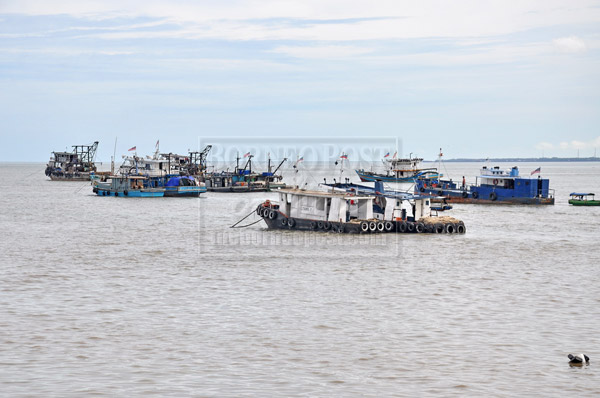 Some trawlers parked at the Tawau seafront at Sabindo.

TAWAU: About 80 commercial fishing boats are stranded at the Tawau seafront and jetty due to a disruption in the supply of subsidized diesel.

He said he was made to understand that the delay was due to the lack of tanker trucks to transport the fuel to Tanjung Batu jetty, and it was unknown when supplies could be restored.

“All ship owners and operators of commercial boats have not gone to sea for two days and this needs to be addressed immediately as it will affect the price of fish in the market,” Hasan said.

Hassan said PNK was very disappointed with the management for failing to supply subsidized diesel according to schedule.

He said the disruption not only caused inconvenience to fishermen but also losses as a result of not being able to go to sea.

He said that as owners they would suffer losses because even if not at sea they would still need to pay their workers’ wages.

“In addition, we again suffer because there would be no fish for sale to the market. We appeal to the relevant authorities to help in this matter and resolve it as soon as possible to avoid greater losses on our part,” he said.