Saturday, August 15
You are at:Home»News»Sarawak»Rare ‘bekop’ a prized delicacy during durian season 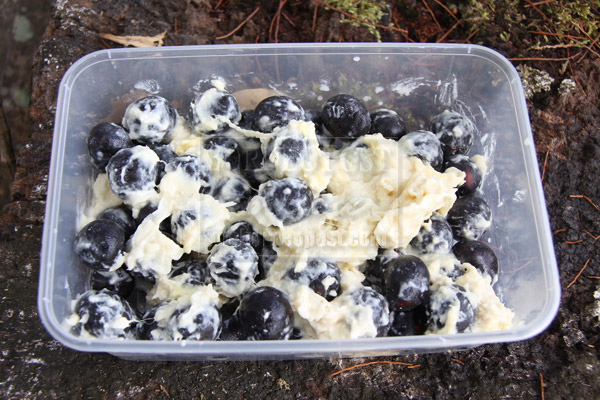 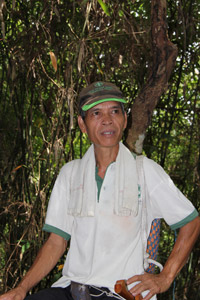 KOTA PADAWAN: Bekop is a prized seasonal delicacy that is so rare that few people are able to obtain it, even if they are willing to pay a high price just for a taste.

“We don’t eat the fruit, only its seed which is traditionally cooked with tempoyak (fermented durian). This way, it can be kept for a few months,” he said.

Sagen, who hails from Kg Semban, said that some of his friends from Kuching would constantly ask him to send them bekop, such is their craving for this seasonal delicacy.

“Bekop is always in great demand, especially by village folk who grew up with its taste but are now working and living far away in the city.”

“But bekop is not easy to gather as you have to climb the tree to get the seeds. Furthermore, each tree does not bear much fruit. The squirrels also like to eat the fruit. So the villagers tend to keep what little that is harvested for themselves.

“Even if my friends were to pay RM100 per kilogramme, I would hardly consider going through all that effort as we don’t have enough for our own consumption,” Sagen said.

Bekop seeds have hard shells, which make them look like black marbles when cooked. 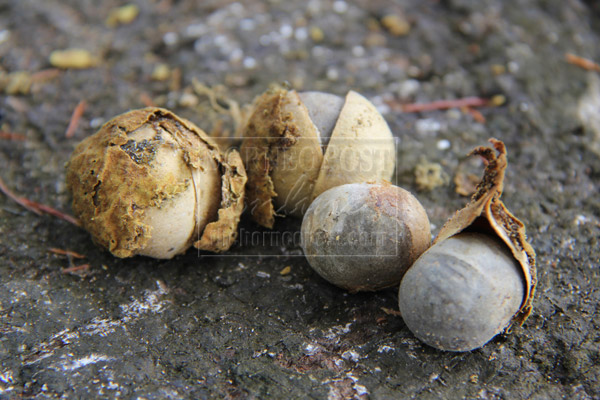 The villagers use their teeth to crack open the cooked seeds before extracting the cream-coloured kernels – similar in size and appearance to macadamia nuts – to be eaten.

When savoured with tempoyak, bekop has a slightly sour but pleasant taste that can be instantly addictive.

Semban lies approximately four hours walk from the Bengoh dam site, about 40 km from Kuching. It is a popular homestay destination due to its strategic location amongst picturesque mountains and waterfalls, as well as close proximity to the city.