Monday, February 6
You are at:Home»News»Sarawak»Take steps to preserve heritage of country, govt urged
For the freshest news, join The Borneo Post's Telegram Channel and The Borneo Post on Newswav. 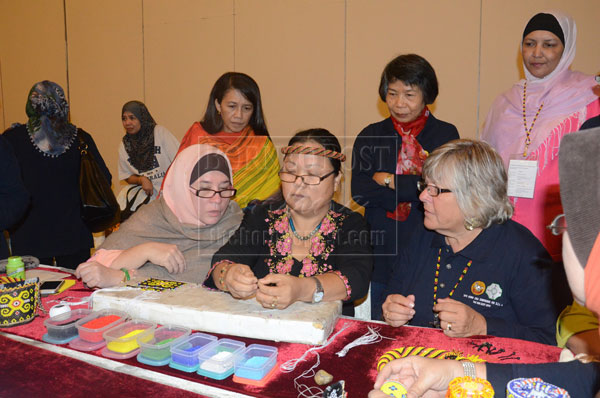 MIRI: The government and the relevant authorities should take concrete measures to preserve and develop the dying but rich heritage of the country.

“They might take a point to catalogue it and document it in a book so that the future generation will not forget.  It will be a waste if it is not done,” said Tunku Azizah.

She made the call when asked by The Borneo Post to comment on the craft demonstrations held here recently as part of the 10th area conference of ACWW for South East Asia and Far East.

Tunku Azizah is also the advisor of the conference.

Dr Semane stressed that there was still a lot to be done to develop the craft industry, adding that there should be specialisation in production and marketing to maximise profit.

“They (the demonstrators) are doing a really good job and work so hard to produce their products like one native hat takes two months to make. That is why the government should assist in marketing their products perhaps allocate places in an emporium as a one-stop centre for them to sell their handicraft,” said Dr Semane. 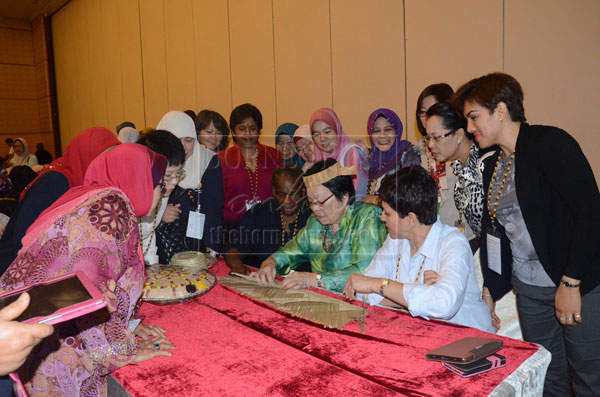 She also commended Tunku Azizah and the organisers (Sarawak Federation of Women Institute (SFWI) and its Miri/Bintulu branch) for organising the demonstrations as part of the conference.

“It is very good and commendable for Princess Azizah to get us to be involved to promote it and of course hold on to the heritage which is very important for the country’s development,” she said.

Shamsiah meanwhile said “the craft demonstrations and sale are good exposure to the participants, to promote Miri and the visit to Brunei too is a good thing, you can see the close relationship between Brunei and Sarawak and we also entertained them well.”

Equally impressive and beneficial is the visit to the longhouses which is a good exposure culturally.

Tunku Azizah stressed that the craft demonstrations, sale and site visits to the longhouses and Brunei were also to break the monotony of the conference and to enable the participants to unwind.

A total of 200 women including 71 foreign delegates and observers attended the six-day conference officiated at by Chief Minister Pehin Sri Abdul Taib Mahmud.