Saturday, May 30
You are at:Home»News»Sabah»3 more elephants found dead in Tawau, bringing total to 13 in last two weeks 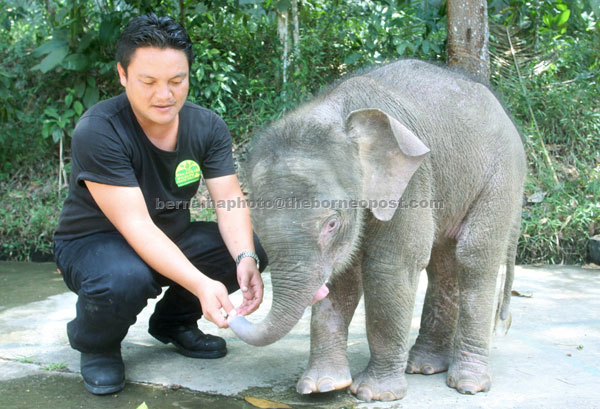 KOTA KINABALU: Three more elephants were found dead in Tawau yesterday, bringing the total of deaths in the last two weeks to 13.

He said the state government viewed the matter seriously as Borneon Pygmy elephants were an endangered species.

“This is unacceptable. I want no stones left unturned in this matter. The culprits must be brought to justice,” he told reporters, here yesterday.

Sabah Wildlife director Datuk Laurentius Ambu on Tuesday said that the Bornean elephants had been found dead in a forest reserve in Tawau.

Laurentius was also quoted as saying that the elephants were from a single herd while a three-month calf was found alive next to what appears to be its mother.

State Tourism, Culture and Environment Minister Datuk Masidi Manjun was also quoted as saying that the discovery of the deaths of Borneo pygmy elephants in Gunung Rara Forest Reserve was the saddest day for Sabah’s conservation efforts.

“The death of these majestic and severely endangered Bornean elephants is a great loss to the state.

Though it might be too early to pinpoint a conclusive cause of death, poisoning seems to be the likely cause,” Masidi was quoted as saying.

Expressing shock over the death of Borneo pygmy elephants, Musa said that these elephants were part of Sabah’s rich and exotic wildlife and should therefore be protected.

“People come from all over the world just to catch a glimpse of these animals.

It is unfortunate that there are people who would resort to such a horrific act, “ he said. — Agencies