Monday, September 26
You are at:Home»News»Sarawak»BR1M 2.0 distribution at Miri Civic Centre a smooth process 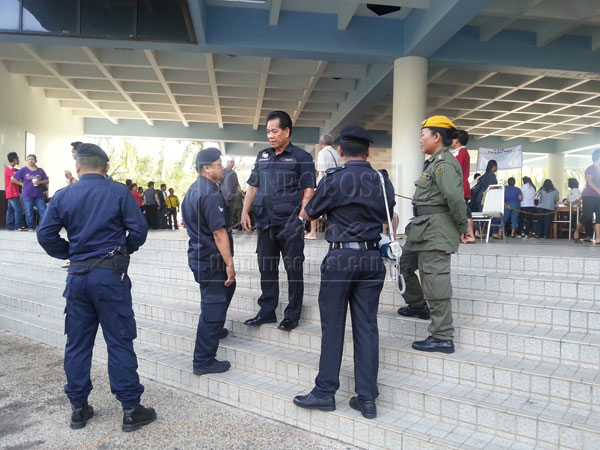 REMINDER: Ballan (centre) in a discussion with his men.

MIRI: Since day one of the distribution of BR1M 2.0 from Friday to yesterday at the Miri Civic Centre, there has not been any untoward incident.

Revealing this yesterday, Sgt Ranson Ballan attributed the peaceful atmosphere to the understanding and good cooperation from the crowd, who queued up in an orderly manner.

“One or two impatient persons tried to jump queue, but they were quickly controlled and the atmosphere returned to normal,” he told The Borneo Post when asked on the matter. 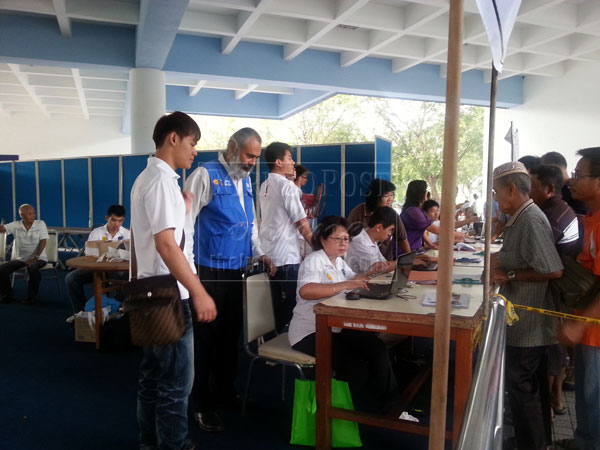 ON THE GUARD: Karambir (standing second left) monitoring the counter dealing with letters of approval.

Ballan thanked the crowd for complying with the safety regulations and instructions from police personnel and Rela members which enabled the distribution process to be carried out smoothly.

He said 45 police and Rela personnel were deployed at the distribution centre.

“Overall, everything ran fine and we really appreciate the cooperation of recipients who were civic-minded,” he added.

SUPP Piasau branch secretary Karambir Singh, when met at the scene, said yesterday was the fifth and last day for Batch 1 of BR1M2.0 recipients to collect their cash vouchers at the Civic Centre here.

“Today on Feb 5, there are 13,575 recipients,” said Karambir, who is also the coordinator of letters of approval for the recipients.