Saturday, June 19
You are at:Home»Sports»Now to 2015 Special Olympics 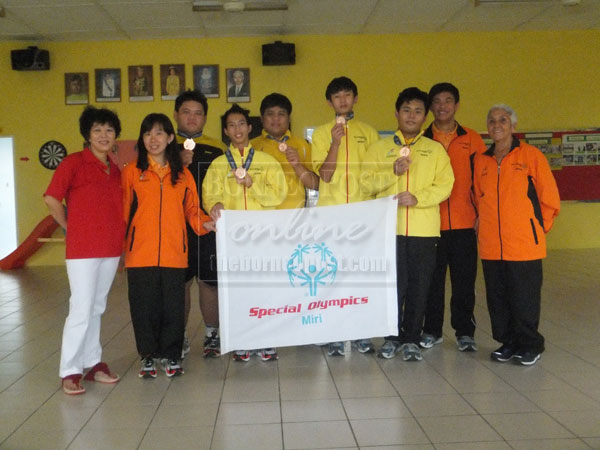 The national SOWWG 2013 chef de mission Liza Chai, however, stressed that to achieve the goal they will need more funds both for training and sending the contingent to the games.

“We appreciate partnership fund-raising in any form. We too are hoping that AirAsia and Asiana Airlines will continue to support us in sponsorship for flights.

“We also hope more airlines and the local communities would come forward to help us to give the intellectually disabled or ‘Children and Young Adults with Special Needs’ the opportunity to participate and bring glory to Malaysia,” she said.

Chai, when contacted by The Borneo Post yesterday, stressed that they will need to raise a substantial amount of money to send a contingent.

She noted that RM40,000 was required for the contingent to Special Olympics World Winter Games in Idaho, USA in 2009.

“Our Miri side chipped in RM25,000, while Sabah too had to raise their own fund. For the recent SOWWG 2013 in Pyeongchang, South Korea, I have yet to know the final amount but surely it was also a very substantial amount,” she added.

Sarawak and Sabah have represented Malaysia in the World Winter Games on two occasions.

In 2009, 13 athletes went to the Idaho Games and brought back a silver medal.

Two weeks ago a team of 16 athletes (from Kuching, Miri and Kota Kinabalu) competed in Floor Hockey and Snowshoeing in South Korea and won bronze medals in both events.

“We are indeed very proud of them especially when most of them never had exposure outside Malaysia.

“It was a dream come true for this kind of opportunity,” Chia spoke of the recent experience.

Any party interested to sponsor or organise fund-raising projects to support Malaysia’s contingent for the 2015 Summer World Games in Los Angelas, USA, can contact Liza Chai at 085-420722 or 013-8300070 or email to [email protected]