Wednesday, November 30
You are at:Home»News»Sabah»Fishing boat owners allowed to use jetty 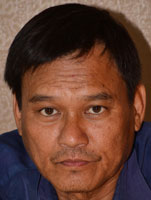 LABUAN: More than 70 fishing boat owners here yesterday thanked the local authority for allowing them to continue to use the jetty at the Labuan Fisheries Complex.

The fishermen had objected to using the jetty of Malaysia Fisheries Development Board (LKIM) at Kiamsam as they had been using the current jetty for nearly 30 years.

Earlier, the fishing boat owners led by Peter Chee, met Labuan Chinese Chamber of Commerce (LCCC) president Datuk Wong Kii Yii to express their concern over the move by the authority to move them to the new location.

Among their grounds to object the move were the waves at Kiamsam are too high and dangerous for small crafts like their fishing boats.

“The navigation channels are not demarcated and the depth is not published in any mariner notices. Furthermore, it is risky to their vessels as the sea has a lot of dead corals.

“The logistic support is lacking and the charges going to be levied by the LKIM are not known,” Peter said.

He said further that they had written a letter to the departments concerned to express their points and the need to improve the current facilities at the new complex.

However, Peter said that despite their best efforts, nothing had come true and they were asked to move to the new complex.

In the meeting with the LCCC, Peter sought the help of Wong who agreed to assist to resolve their problem.

“The preliminary engineering assessment of LKIM Jetty at Kiamsam and also the recommendations had been submitted to the relevant authorities, including the chief executive officer of Labuan Corporation, the Labuan member of parliament, the director of LKIM Labuan and the Federal Territory and Urban Well-Being Ministry,” he said.

On February 18, Wong was invited to attend the meeting chaired by the CEO of Labuan Corporation, Zainul Abidin Abdullah. Also in attendance were LKIM Labuan, Labuan Land Department and representatives of the fishing boat owners.

Wong said that a decision was made at the meeting that the fishing boat owners could continue to use the existing jetty until all safety measures were complied with such as construction of the rubble mount to alleviate the challenges posed by high waves and others.