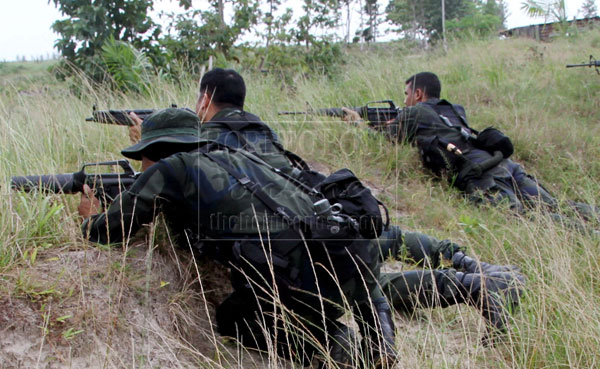 LAHAD DATU: Three Al-Jazeera journalists covering the stand-off with the Sulu gunmen were detained for nearly seven hours by the police and released.

They were detained at about 8am on Wednesday in a boat near Tanjung Labian not far from the seaside village of Kg Tanduo and taken to the Cenderawasih police station for questioning.

Detained together with them was a boatman and three locals, which Sabah Progressive Party (SAPP) Youth said were their members, including their Tungku Youth chief Mohd Ahsraf Amir.

Sabah Police Commissioner Datuk Hamza Taib said all were released except for the boatman who did not have a proper identity document on him.

Hamza said that they were detained as they were trying to enter a security area and it was for their own safety.

Hamza urged local and foreign journalists to avoid trying to enter the area as it might create untoward incidents.

Sabah Progressive Party assistant secretary Suaib Mutalib said the three SAPP youth members were accompanying the Al-Jazeera journalists who wanted to cover the stanfoff between the Malaysian security and the Sulu gunmen.

He said that the General Operations Force (PGA), which detained them, handed them to the police who recorded their statements and released them at about 3.30pm.

“They were taken to the Chenderawasih police station at Tungku and only released seven and half hours later about 3.30pm after police took their statements,” Suaib said. – More reports on standoff in A3