Friday, February 3
You are at:Home»News»Sarawak»Clowns entertain more than 300 in humanitarian show
For the freshest news, join The Borneo Post's Telegram Channel and The Borneo Post on Newswav. 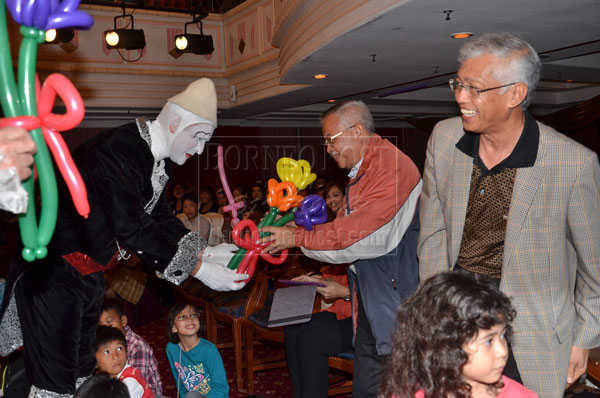 NICE: Talib (second right) receiving flowers made from balloons from a clown. At right is Wahap. 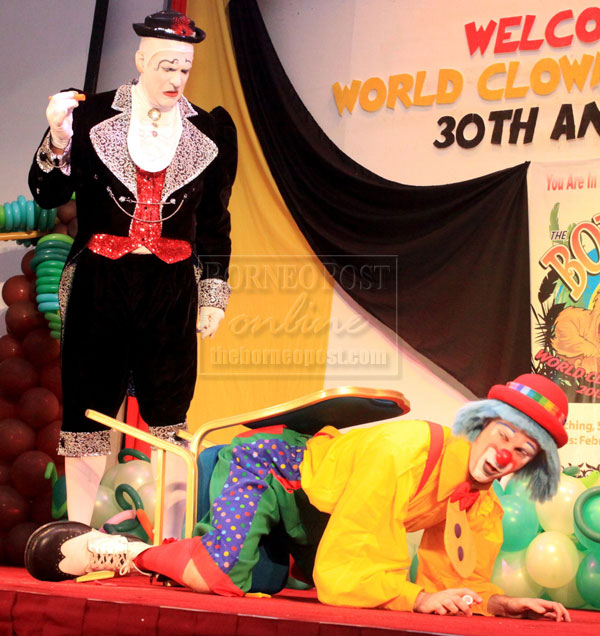 DON’T YOU LAUGH AT ME!: Two clowns entertaining the attendees during the show. 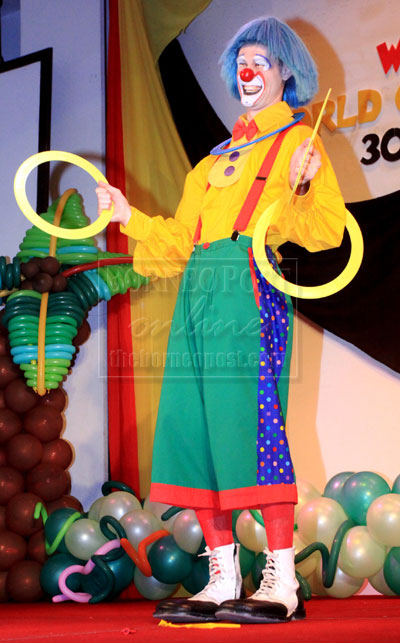 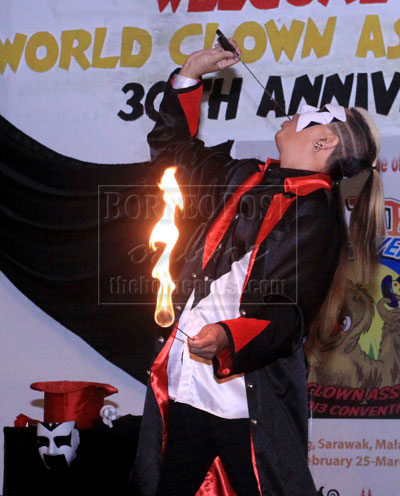 WOW!: A magic show during the show. 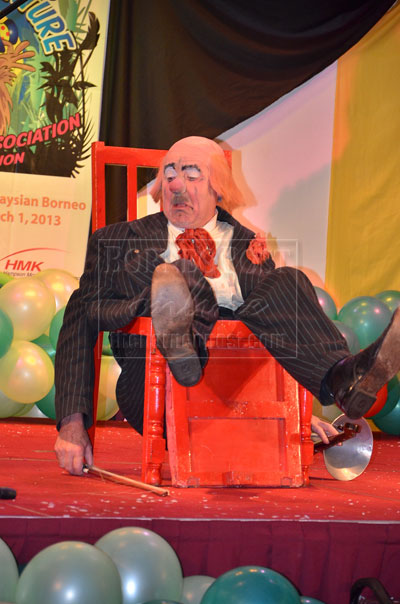 OOPS, WHAT HAPPENED: A clown balanced himself as he sat on a ‘malfunctioning’ chair during an act that night. 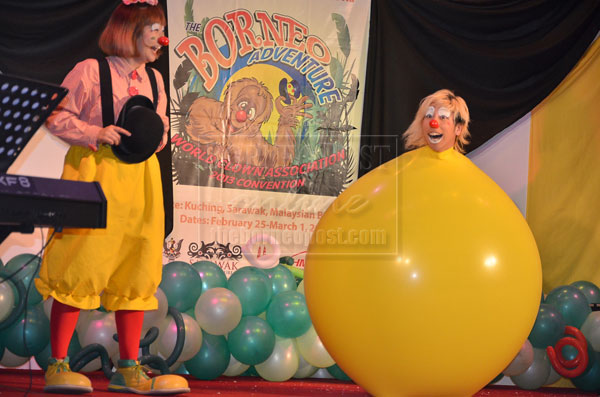 WRAPPED IN A BALLOON: Two Japanese clowns performing an act which saw one of them having the body fitted onto the balloon. 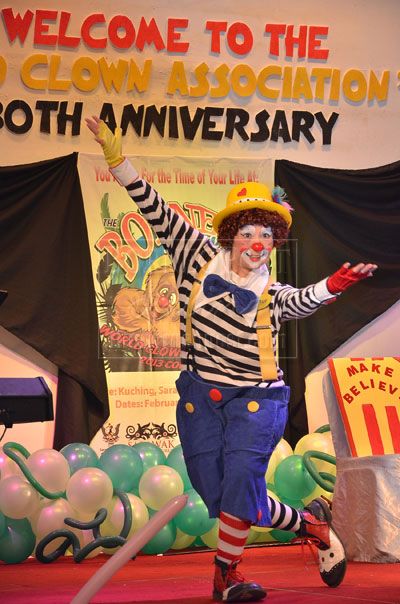 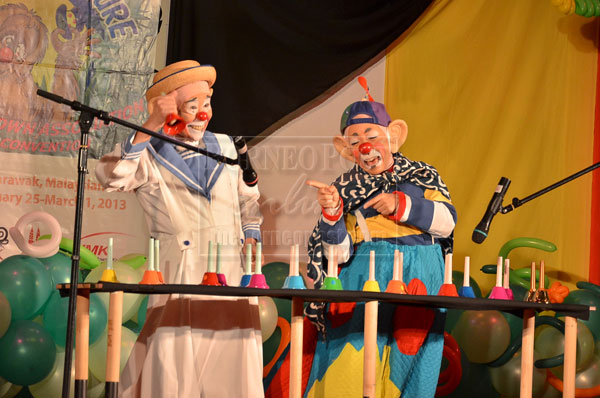 MUSICAL TALENT: These clowns perform using bells as part of their repertoire.

KUCHING: More than 300 people were entertained by the ‘International Humanitarian Show’ presented by the World Clown Association (WCA) at Merdeka Palace Hotel and Suites on Thursday.

This was one of the programmes of WCA’s 30th anniversary convention (from Feb 25 to March 1) here which was first held in Asia.

Some of the clowns performed silently, while others not only spoke but also used puppets, balloons, musical instruments and even a magic show to entertain the attendees.

During the convention, clowns throughout the world arrived here and conducted workshops, classes, competitions and performances.

On Thursday, under the programme ‘Sarawak Smiles’, they visited local hospitals and charitable homes to share their smiles, laughter and entertainment with the said residents.

One group even spent a day at the Sarawak Forestry site where they completed a work day at the Semonggoh Wildlife Centre.

Yesterday, the clowns went to Plaza Merdeka shopping mall for the ‘Paradeability Competition’.