Saturday, January 29
You are at:Home»Features»Revisiting cases of missing teens

LAST year alone, 14 people on average were reported missing everyday in Malaysia with the majority being teenagers. 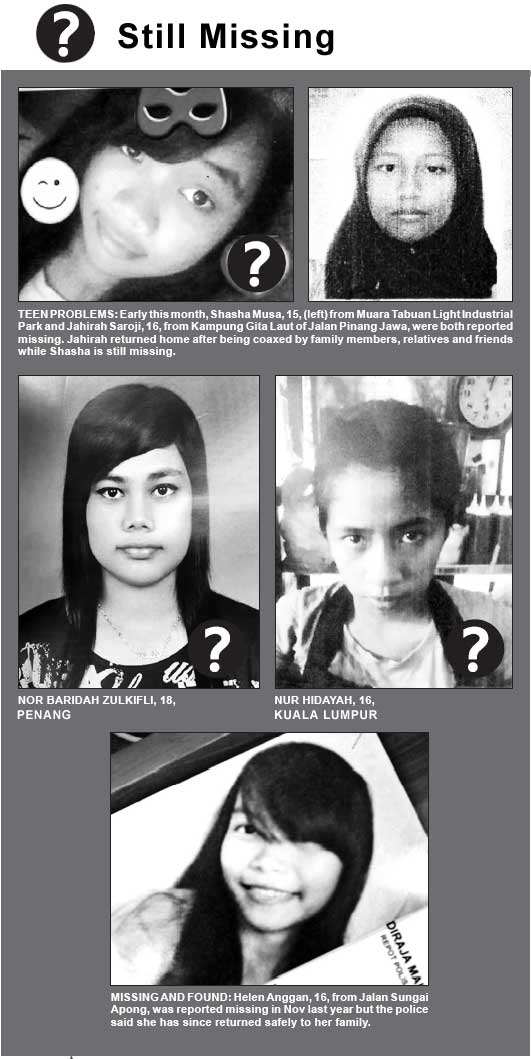 Police records show 4,804 people went missing from January to October last year and most were teenagers.

The number was, however, lower than that of 2011 when 5,961 people reportedly went missing. Over half did not return home and nearly a quarter were Malay girls, aged between 13 and 17.

For the same period, a total of 1,742 teens later returned home while another 1,484 are still classified as missing.

The national statistics are alarming but the number of missing teenagers in Sarawak is still low compared to the states in the peninsula.

Overall, the situation in Sarawak is under control with most cases solved after the police and the relevant government agencies stepped in to help the affected families.

There are many reasons why people, especially teenagers, go missing. Most are from broken families with their parents either separated or divorced. Peer pressures and social problems are also among the contributory factors.

From February 6 to 8, two Malay teenagers were reported missing by their families in Kuching and police had published their photos in local newspapers so that the public could help locate them.

Jahirah returned home later after being coaxed by family members, relatives and friends. In their police report, her parents claimed she had been following her boyfriend after a disagreement with her family members.

Shasha, on the other hand, informed her biological mother she had run away with her boyfriend reportedly to Miri. She is still listed as a missing person.

Parents with missing children are naturally distraught. A few cases have been publicised widely in the national media, especially over failure of teen daughters to return home. 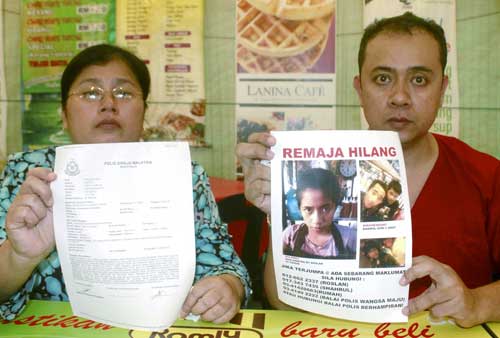 On December 7 last year, Roslan Ahmad Hadzrawi, a 39-year-old father from Wangsa Maju, Kuala Lumpur, claimed his daughter Nur Hidayah, 16, had been abducted by a boy she befriended on Facebook.

Nur Hidayah, missing since December 1, was said to have disappeared after meeting with the 19-year-old boy known as Mat at a shopping complex in Wangsa Maju. 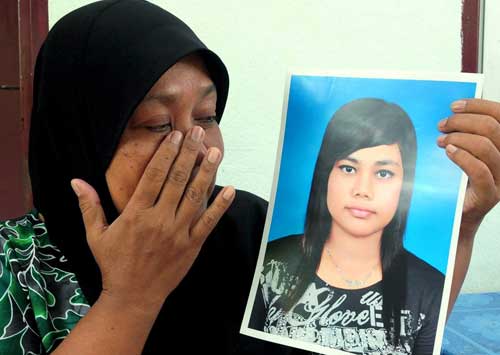 On January 5 this year, Mahani Md Husin, a single mo-ther from Kepala Batas, Penang, lodged a police report on her missing 18-year-old daughter, Nor Baridah Zulkifli who left home on December 25 last year and has not been heard from since.

“On that day, she asked my permission to go looking for a job and I allowed her to do so but she never came home. I have contacted her friends but they have no idea where she is,” she told Bernama.

Mahani who lodged the report at the Bertam Perdana police station is worried for the safety of her young daughter who had sat for her Sijil Pelajaran Malay-sia (SPM) before she went missing.

These are some of the reported cases of missing teenagers that have been highlighted by the media but many more have apparently gone unpublicised mainly because the families do not want their good name tarnished. 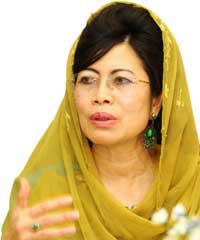 Women’s Affairs, Welfare and Family Development Minister Datuk Fatimah Abdullah has expressed concern over “a worrying trend” prevailing among the young in society.

She said there was cause for concern because the repercussion could adversely affect those involved, their family circle, the authorities and the community.

“Children and teenagers are skipping school and they do not inform their parents where they are going or when they are coming back,” she said, alluding to the present situation where young people lack discipline and betray their parents’ trust.

She said disciplinary problems would arise when basic home rules were not strictly observed, especially on sleep-overs.

Fatimah’s concern over the unrestrained socialising behaviour of teenagers is understandable as police records show some of the missing girls have actually run away with their boyfriends.

Police stats also reveal those in the 13-17 age bracket form the biggest group of youngsters who have ‘disappeared’ from their homes.

According to Fatimah, if not properly addressed, the prevailing unhealthy trend among teenagers can lead to further social ills such as school dropouts, children born out of wedlock, abortion, marriage at a young age and young couples divorcing.

“How do we curb this trend? Obviously, strengthening the family institution and parenting skills in changing times should be emphasised,” she said, stressing that parents, religious bodies and NGOs had a role to play in seeking solutions.

There are no quick fixes to the problem of runaway teenagers because the situation and the contributory factors may come in different forms.

Kids are known to become more rebellious, especially on reaching puberty. It’s the time of their life when they yearn for freedom to do “fanciful things.”

But most teenagers are not aware of the ramifications of their irresponsible actions and the bigger problems they will cause their families and the authorities.

There are cases of missing teenagers falling victim to human trafficking and being forced into vice as a result. Some have even been caught acting as drug mules for narcotics syndicates.

Losing someone very dear is a traumatic experience and prevention is always better than cure when it comes missing teenagers.