Tuesday, January 21
You are at:Home»News»Sarawak»Hackers from Malaysia, Philippines go on cyber war 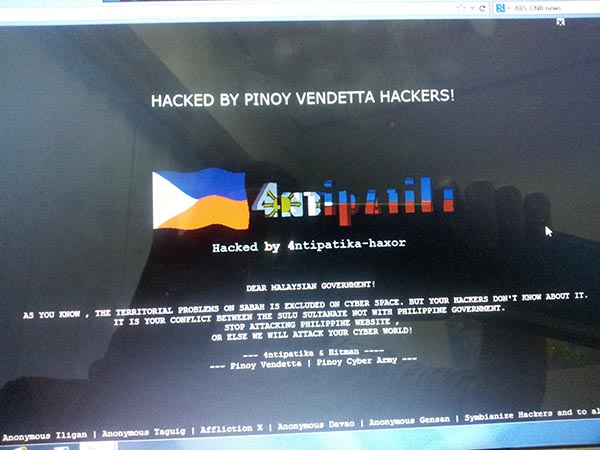 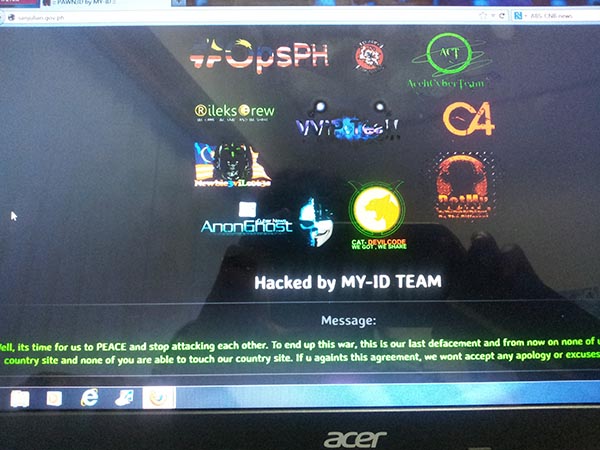 KUCHING: The conflict in Lahad Datu between the followers of Sultan of Sulu and Malaysian forces has spilled over to the web.

Several websites of Philippine local governments have been hacked by the so-called “Anonymous Malaysia” with the message: “Well, its time for us to PEACE and stop attacking each other. To end up this way, this is our last defacement and from now on none of us will step or touch ur (sic) country site and none of you are able to touch our country site. If u againsts (sic) this agreement, we wont accept any apology or excuses #wewillnotgodown.”

Filipino hackers, who introduced themselves as “Kismet-o7” and “anonymous Cebu” have also hacked several Malaysian websites with the message: “Time has come to reclaim what is truly ours. Sabah is owned by the Philippines, you allegally (sic) claiming it. Even if you look in every history of Sabah, Philippines is the owner of it. Don’t try what China is doing at this time. Also, don’t dare to hack our websites, OR ELSE WE WILL CONTINUE ATTACKING YOUR CYBER WORLD! YOU STARTED THE FIRE. WE WILL END IT WITH DUST”.