Wednesday, June 23
You are at:Home»News»Sarawak»Ling pledges to do his best if fielded by DAP 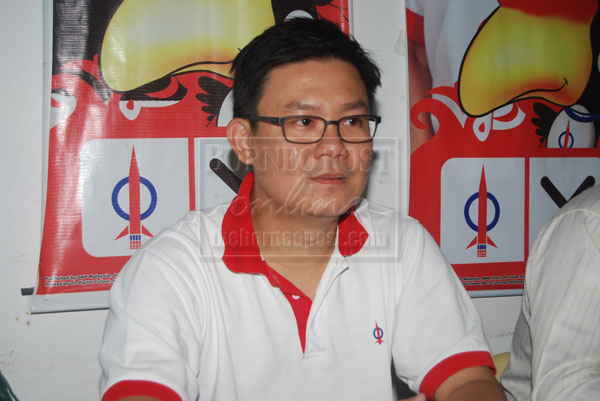 SIBU: DAP’s potential candidate for Sibu, Oscar Ling Chai Yew, promises to do his best to serve the people if he wins the seat this election.

The 36-year-old pharmacist, who joined DAP in July 2009, is believed to be the most eligible member to be DAP candidate for the urban parliamentary constituency after incumbent Richard Wong Ho Leng decided not to seek re-election for health reasons.

“I am fully prepared and ready to serve the people of Sibu if I am given a chance to serve them,” Ling said.

Ling, who has been Wong’s special assistant for four years, believes DAP would retain Sibu, considering that Wong garnered 66 per cent of Chinese votes at the Sibu by-election.

“The current sentiment is in favour of DAP and if we can continue to secure that 66 per cent Chinese votes, plus some disgruntled votes from the Iban and Malay communities, we should be able to retain Sibu seat easily,” he added.

He said Chinese voters were the kingmakers in the Sibu constituency, but still
needed a significant increase of votes from the Iban and Malay communities to give him the edge.

Saying voters now
were more mature, he believed they would be looking at a bigger picture when casting their votes.

“The people are now more focused and the candidate matters little. It is the party that counts,” he stressed.