Friday, October 23
You are at:Home»News»Sarawak»Baru confirms standing in Limbang 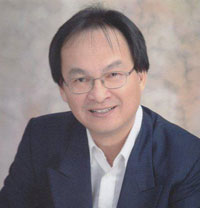 He said his campaign strategy would be to focus on land issues.

“Land issues are the top priority to be tackled in the polls as the people on the ground are complaining,” he told The Borneo Post yesterday.

Baru said he would also focus on infrastructure and facilities in Mendamit and Ba Kelalan, which he said the public have
highlighted to him.

“I expect to see a straight fight for the Limbang seat as it will be a good platform for the people to highlight their unsolved problems,” said Baru, who is Ba Kelalan assemblyman.

Meanwhile, he said PKR would support veteran dentist Dr Bob Baru from the Democratic Action Party (DAP) who is set to stand
in the Lawas parliamentary seat.

“With the condition that DAP will field him, and then PKR will support his candidacy,” he added.