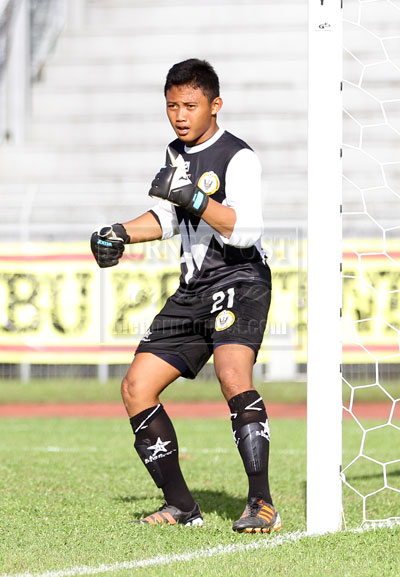 KUCHING: Sarawak’s junior team appeared to have turned a corner when they recorded another win in the 2013 President’s Cup yesterday.

Muhammad Haizam Morshidi’s header after connecting with a free kick in the first half was the solitary goal that decided the match.

For the record, Sarawak’s victory was their first away win of the season.

The young crocs had a scare when the homesters were awarded a penalty late in the second half. But an on-form Florian Rison Laes, Sarawak’s goalkeeper, denied Kedah’s hope of an equaliser.

The 1-0 scoreline in Sarawak’s favour remained until the final whistle.

“The players followed the team plans well and I am glad that our hard work was rewarded with the result today. I hope this is really one of the signs that the team is improving,” he said.

Until then, Sarawak was reeling from a seven-match winless streak since the start of the competition.

Football Association of Sarawak (FAS) officials when interviewed recently insisted that the team was going in the right direction.

According to them, the team’s participation in the President’s Cup was mainly for exposure
and they were not pressured to win.

Sarawak will next face Selangor at home this Thursday.