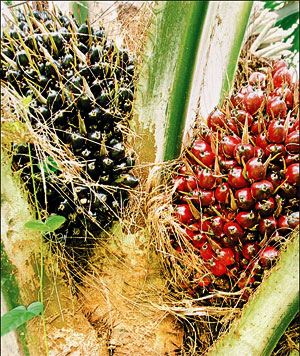 After a slow year in 2012, Malaysian officials expect exports of crude palm oil (CPO) to expand in 2013. Prices that have fallen due to oversupply and slower demand are now on the rise again, and though they may moderate in the second half of the year, an average steady climb over the next two years seems likely.

The 11 per cent drop was largely attributed to a fall in CPO prices caused by a number of factors, including the uncertain interna­tional economic environment, a production glut and controls on the CPO trade.

Despite this, officials believed the long-term outlook for CPO ex­ports looked sound. In February Hamzah Zainuddin, deputy min­ister of plantation industries and commodities, said he expected CPO exports to exceed the 2011 record within three to five years. Even given ongoing issues of inventory surplus, the ministry forecast growth in 2013, partly thanks to an export tax cut.

From January, the govern­ment brought the levy down from 23 per cent to a sliding scale between 4.5 per cent and 8.5 per cent; if the CPO price falls below RM2,250 (US$725), the tax will be cancelled. Meanwhile, Indo­nesia, the world’s largest CPO exporter, raised its export tax from 7.5 per cent to nine per cent in January.

Mohammad Jaaffar Ahmad, chief executive officer of the Palm Oil Refiners Association of Malaysia (PORAM), said his members were already ‘seeing better margins as they ramp up production’. Jaaffar said rising exports would help lower Ma­laysia’s inventory, which was in substantial surplus at 2.53 million tonnes at the end of January 2013, to a ‘manageable level’ of two million tonnes.

In the first half of February, Malaysian palm oil shipments rose 18 per cent, to 673,555 tonnes, following a 10 per cent decline in output and 1.6 per cent fall in exports in January, the former partly attributable to a run-down of existing stocks and seasonal factors.

Rabobank, a Dutch agricultural bank, said it expected Malaysia’s palm oil production to fall two per cent y-o-y in the first six months of 2013 as the inventory was fed into exports.

However, Malaysia-based Kenanga Investment Bank Bhd (Kenanga Research) said that it did not expect stocks to fall below two million tonnes in the first quarter of 2013 due to lower export demand.

Meanwhile, futures for delivery in April topped RM2,500 (US$805) in mid-February. Officials took the view that prices had now bot­tomed out, as the surplus fell and a number of demand factors kicked in, but also due to a seasonal drop in production.

It expected prices to fall again in the second half of this year due to the seasonal rise in output.

Meanwhile, Kenanga Research expected an average price of RM2,500 to RM2,700 (US$805 to US$870) this year and next, and took a more bearish view on planters’ stocks than some of its counterparts.

As ever, CPO prices will be strongly influenced by the global economic situation, particularly by major importers, such as China and India.

India’s proposal to levy a tax on CPO imports concerns Malaysian planters, for whom the country is the second-largest market.

With the worldwide economy expected to grow only moderately in 2013 and 2014, it is little surprise that CPO prices are unlikely to reach the peaks seen five years ago. However, as oversupply moderates, a steady rise should boost the sector.