Wednesday, December 1
You are at:Home»BPOnline»Dead fishes found at beach in Kuala Belait 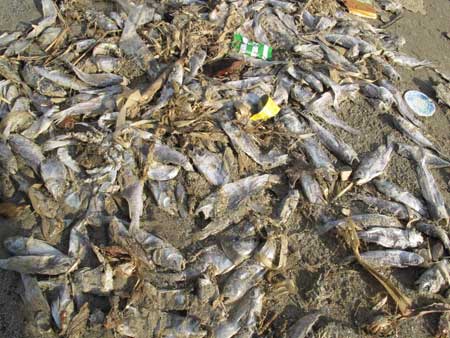 KUALA BELAIT: Dead fish have been found scattered along the end of a beach near Tanjung in Kuala Belait, Borneo Bulletin reported.

The rumour on the cause of this phenomenon is due to poisoning is not true.

According to reports, fishermen were seen using the ‘Pukat Buyut’ during the wee hours of morning and the smaller fish caught by the fishermen were left on the beach to rot.

When members of the public were asked, they argued that the fishermen were wasting food products, which could be used for food processing or bait.