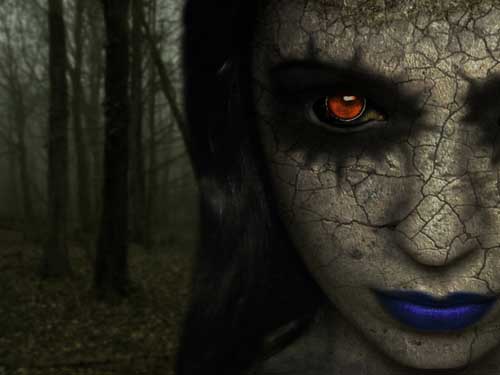 THERE are many stories about ghosts. But no one has proven positively that they exist. Yet many people believe such spooky beings do lurk in our world.

Many argue science cannot be used to prove the existence of ghosts. That may be true but science or no, let’s be clear about one thing — there’re things where we need only common sense and very straightforward deductive reasoning to lay bare some mundane facts that could impel us to reconsider some of our established assumptions.

An example: If your little boy came home with a bleeding toe and told you he was bitten by a frog, would you believe him? You wouldn’t, for sure. You’d be thinking a frog has no teeth. How could it bite his toe?

Even if other kids came along to corroborate his story, you’d still not be convinced. Instead, you might suspect a rat could have been the culprit. Perhaps the rat had jumped away like a frog after biting the boy and was, thus, mistaken for a frog!

If your train of thought were along that line, then you had already used a very straightforward kind of reasoning to analyse the puzzle. You can apply the same simple strategy to vouch for the validity of any claim or belief. Let’s try it on the belief of ghosts. 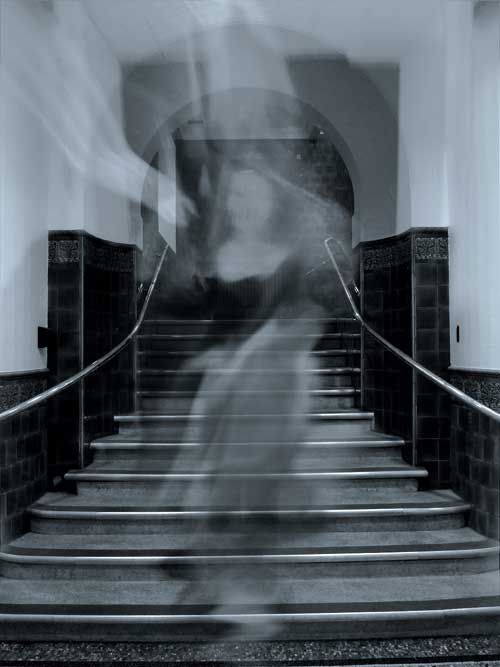 We often hear about people claiming to have seen ghosts. The first question we can ask ourselves is — did they see the ghosts through the normal process of seeing just like they see a tree, a cat or a star?

There are several odd ways of seeing things — we can see a thing in a dream, a hallucination or an imagination. But all such visions are not real because the objects seen are not real. They are seen only by the eyes of the mind, not with the real eyes like the ones you use to read this right now.

Real seeing involves a process that requires our eyes to catch light rays that come from an object. What an ordinary camera can capture, the eyes can see. So, there’re two ways an object can be seen with our eyes — either the object reflects or produces light. The light rays that radiate or having been reflected from the object then travel to our eyes, and only then can we see the object.

But bear in mind an object that’s able to reflect light has to be physical and opaque in nature. Things you can see around you like furniture, people, fruits and so on are objects that can reflect light while a flame or a star produces light for it to be seen.

Questions unavoidably arise when it comes to ghosts. A ghost is supposedly a spiritual being. As far as physics is concerned, a spiritual being has no physical property, no substance, no weight, no dimension.

On the other hand, if we suppose a ghost produces light to make itself visible but that’s not possible either because producing light needs a process and energy which, in turn, require the existence of a physical system to operate.

Since a ghost has nothing to do with any kind of a physical existence and process, how then can it generate any energy to produce any light? So, if a ghost cannot reflect or produce light, how can it be seen by the eyes?

Therefore, for those claiming to have seen ghosts, the only explanation may be they could have seen the spectres with their mind’s eyes, not their biological eyes.

In other words, the ghost they saw could just be their imagination or hallucination. Or perhaps they saw something they simply mistook for ghosts.

Another possibility could be people are just making up stories. Sometimes, people may create ghost stories just to liven up a boring day. As the stories get told over and over again, they eventually develop into legends and become like true stories.

Hearing ghost footsteps in a haunted house is another common tale. But note that if the sound of the footsteps comes from the floor of the house, the surface of that house floor has to vibrate in order to produce the sound waves to hit our eardrums.

To effect such a vibration, something solid has to hit the floor and hit it hard enough to produce an audible sound. Since a ghost has no solid body part to knock the floor with, in what way can the sound of ghost footsteps be produced?

Also take note the sound of footsteps is also the sound of walking. If something walks, it must have legs. You and I have legs because we need them to carry ourselves up against gravity to move around. But a ghost has no substance and no substance means no weight. And no weight should mean there isn’t any need to have legs. Thus, a ghost, by right, does not need to have a pair of legs to move around. So how can ghosts be heard walking?

We can also use the same simple reasoning to examine the claims about hearing sounds like screaming, crying or laughing purportedly made by ghosts.

Producing a scream or a laugh needs the biological system of lungs, throat, tongue and mouth — meaning something has to be made of flesh and blood to produce those sounds. But ghosts are not creatures of flesh and blood — so by what mechanism can sounds like screaming, crying or laughing be produced by ghosts?

All these again clearly suggest what people claim to have heard could not be the sound of ghosts. Most likely, they just heard sounds which they thought were ghosts. 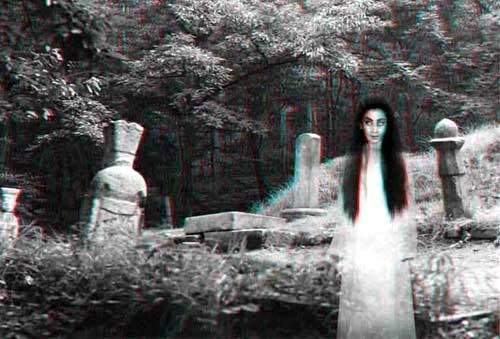 YOU DON’T WANT TO MEET HER

A common ritual of many beliefs is the offering of food to ghosts. This practice implies there’re hungry ghosts to be fed. But can ghosts be really hungry and need to eat like we do?

As human beings, we need to eat because we have a stomach to digest food. Hunger is merely a signal telling us to put more food into our stomach for it to digest into nutrients and fuel for the body to function. That’s purely biology. Does the same biology apply to ghosts?

Since we know ghosts have no biological body and, thus, no stomach to digest food, isn’t it odd to think they need to eat? Maybe it’s just because we need to eat that makes us think ghosts also need to eat.

And don’t forget if we regard ghosts as creatures that also need to eat, then it must follow they should have a mouth to take in food and teeth to chew it. And by extension, they also must have eyes to see, ears to hear, nose to breathe, brain to think and so on. Which would be like saying anatomically, ghosts are no different from human beings — also made of flesh and blood and having all the biological body parts like we do. That cannot be the case, can it? This again is yet another strong indication ghosts could be just creatures of our imagination.

Also, we should have noticed foods offered to ghosts never seem to have actually been eaten by them. This should indicate the act of making food offerings to the spiritual beings is merely a ceremonial ritual carried out more as a conformity to traditional customs than as people actually trying to feed the ghosts.

Nevertheless, those who want to believe ghosts really need to eat would also have to believe what those spiritual beings eat are spiritual food. And it’d be funny for us to think things like apples or dumplings have spirits.

Perhaps, it’s because from the day we were born, our minds and senses were already being constantly conditioned to perceive the world from the human point of view. That’s why when we create, in our minds, a spiritual world where spirits dwell, we simply cannot remove ourselves from imagining the spiritual world also works like the physical world we know of.

We simply assume the mechanism and chemistry of the spiritual world must also function like those of the physical world of matter, gravity and energy we know of. We just cannot conceive of a world which is different from what we experience. And, sadly, we do not seem to want to bother to question ourselves on the many beliefs that have been driven into our minds.

Stories about the spirit of a person who has been murdered and then coming back to haunt the living is rather common. But have you ever thought if such a thing were really true, wouldn’t this world be already a very peaceful place to live in? The reason is simple — if it always transpires that those who commit a murder are sooner or later found to be haunted to death by the ghosts of their victims, then who the hell dares to kill anyone anymore?

You see, none of the ghosts of the six million Jews ever rose to tear Hitler into shreds. And Cambodian Pol Pot who was responsible for the horrific death of two million of his fellow countrymen, women and children, still managed to live to a ripe old age of 70 and he died peacefully in his bed without even being given a baby pinch in revenge by any of the ghosts
of his victims.

And what about those cases of tombs being burgled that we hear about every now and then? How come the ghosts of those dead don’t do anything at all when their resting places are being pilfered and desecrated in such humiliating manner? Why don’t the spirits retaliate against those who show them no respect so that no living person would ever dare to disturb any tomb?

It all seems things might just boil down to one heart-breaking answer – there could be no such things as ghosts. Perhaps, ghosts are nothing more that the manifestation of the power of our imagination sustained partly by our inherent superstitious nature.

But then, we never can know anything for sure. The world is queer — it’s, in fact, queerer than we can imagine. In the ultimate analysis, nothing in the universe can actually be fully understood – even by scientists.