Thursday, February 2
You are at:Home»News»Sarawak»Anwar holds court in Bandar Baru Semariang
For the freshest news, join The Borneo Post's Telegram Channel and The Borneo Post on Newswav. 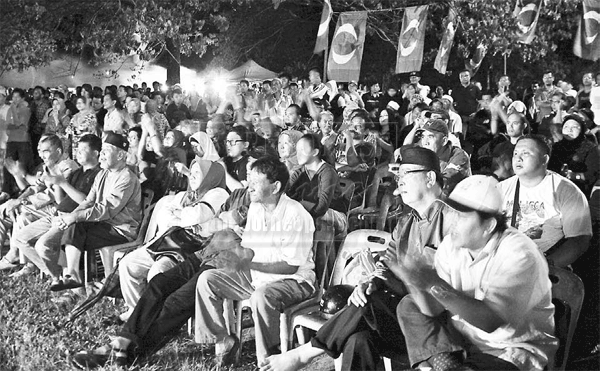 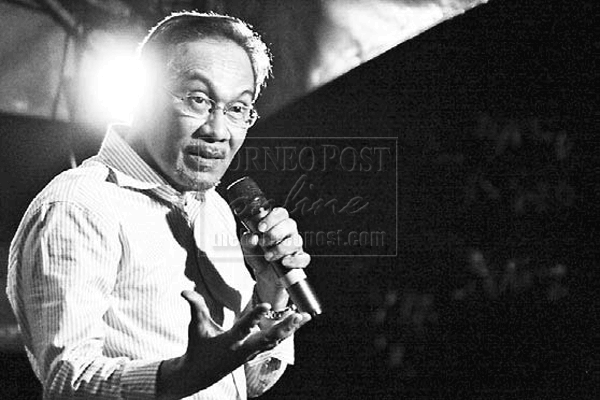 KUCHING: A PKR meet-the-people session in Bandar Baru Semariang on Thursday, where its de-facto leader Datuk Seri Anwar Ibrahim gave a nearly one-hour speech, had the crowd of over 1,000 glued to their seats.

Anwar arrived at Bandar Baru Semariang at about 10.30pm after speaking engagements in Siburan and Third Mile Bazaar, which also witnessed sizeable crowds.

Among others, he urged Sarawakians to judge Pakatan Rakyta based on its policies and principles.

“If Pakatan came into power, we will change the present culture of politics, which is detrimental to ethical standards.

“We want to restore good values and uphold moral standards for the betterment of Malaysia. We reject the culture of insulting and accusation.”

He pledged that Pakatan would give due attention to the welfare of the people.

“First of all, we will hike up the oil royalty to 20 per cent (from the present five per cent) to Sarawak.”

He also pledged that the prices of petrol and diesel would be slashed within 24 hours if Pakatan were given the mandate on May 5, 2013.

“Pakatan will make sure that every Malaysian has access to quality education, and PTPTN (National Higher Education Fund Corporation) is to be done away with.”

State PKR chairman Baru Bian, who was also present, said he believed in the struggles of Pakatan, which is equality for all races and religions.

Baru, who would be contesting in Limbang, said he was glad that the rural populace had started to awaken politically and was ready for change.

“We are glad to note that not only city dwellers have awakened, but also people of rural areas are keen to see change for our children and generations to come.”