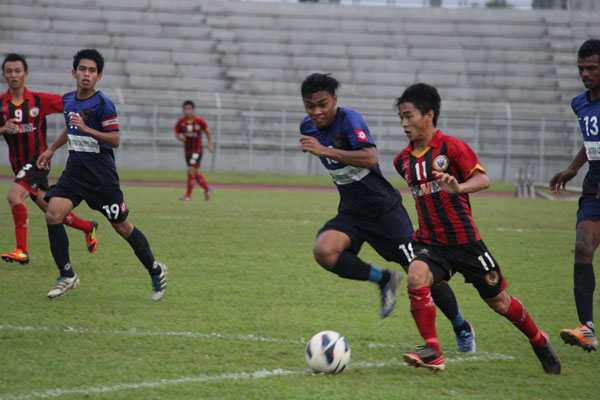 “I hope we can also do the same for the next match.

“This is a good result and the only thing left now is that we need to win more often,” said the Young Crocs coach, Mohd Farhan Abdullah.

According to him, the players had showed signs of improvement and he expressed hope for the team to pick up from where they left off in the next match.

Striker Eugene Thompson Thomas was the toast of the homesters after he scored both goals; one in the first half and the other after the breather.

Negeri Sembilan got their consolation goal through a penalty in the dying minutes of the game.

“Like his team mates, he did well today (yesterday) and I am glad that he got himself on the scoresheet,” Farhan said on the striker who previously did not enjoy a regular first call for the team at the start of the season due to a nagging injury.

Eugene’s presence was missed as could only register a scoreless draw at home against neighbours Sabah last week when he was introduced in the second half but failed to make any impact.

The player is said to fit as a fiddle and it will only be good news for the team as they face Negri Sembilan again next week for the return match to be held at Stadium Tuanku Abdul Rahman, Paroi in Negri Sembilan.