Friday, July 10
You are at:Home»News»Sarawak»Eight get scholarships from STA, Daiken 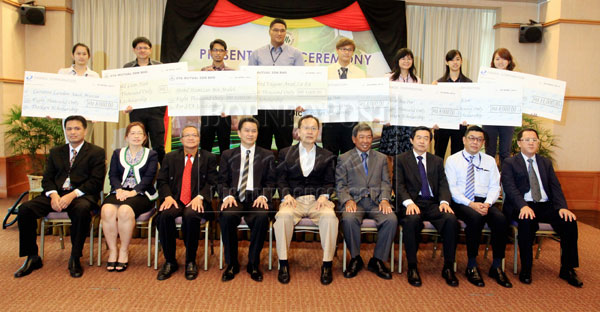 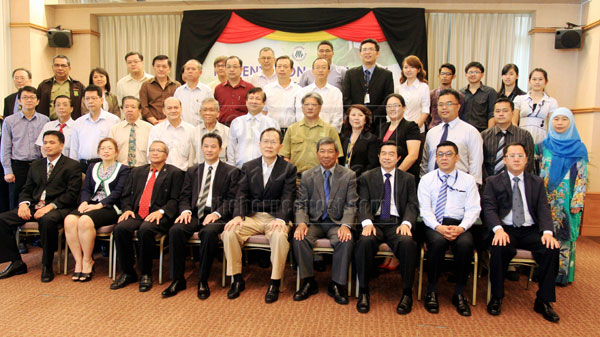 TIMELY CONTRIBUTIONS: Recipients of the STA and Daiken scholarships, and representatives from the 14 independent Chinese schools gather for a photo opportunity with (seated from third left) Tagat, Chin, Lau, Wong, Choo and Wee.

Hamizan is currently pursuing his second year of Bachelor of Science with Honours in Plant Resource Science and Management at Unimas.

Yong Lee Kien is Daiken’s latest recipient. She is doing her first year of Bachelor of Science with Honours (Plant Resources
Science and Management) at Unimas.

Leong Ting Hao is the Daiken Scholarship recipient for 2012. He is currently in his second year of the same course, while Cheah Bin Pin, 2010 recipient, is doing her final year.

Curazon Landon Munan was awarded the 2010 Daiken Scholarship and is pursuing her third year in Bachelor in Engineering at the Engineering Faculty of Unimas.

Adeline Tan Jia Jia is on her second year of Bachelor of Engineering (Civil Engineering) at Swinburne University of Technology, Sarawak Campus. She was a Daiken Scholarship recipient for 2012.

Daiken Sarawak senior manager Anthony Chin said they hoped to contribute towards the development of skilled and knowledgeable human resource to help sustain the timber industry in Sarawak.

“The best part about this scholarship is that it is a non-binding scholarship. We hope and trust that the students who were selected will enjoy themselves and excel in their studies, and will one day contribute as new leaders and role models for the Sarawak.”

“We are given to understand that these schools are operating at a huge deficit of RM5 million annually.

“STA is honoured to be able to play a part to assist these 14 schools and the Sarawak United Association of Private Chinese Secondary School Management Board,” said Lau.

STA also gave another RM150,000 to the Board for scholarships to be given out to deserving but needy students.

Students in the rural area can also benefit from a RM100,000 education fund, to be administered by Sarawak Timber Industry Development Corporation.

“STA believes that its support to raise the education level is in line with the objective of our education in Malaysia to develop the potential of individuals through quality education,” said Lau.