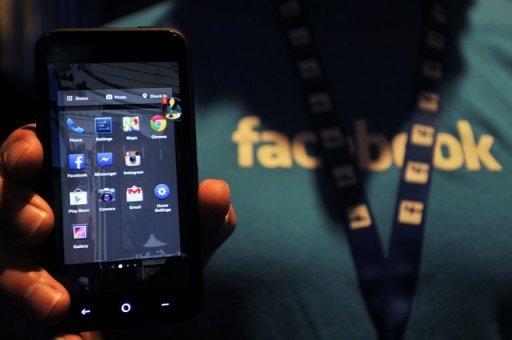 A Facebook employee displays an HTC phone with the new Home operating system at Facebook’s headquarters in Menlo Park, California on Thursday, April 04, 2013. Facebook said it was buying a startup specializing in powering mobile applications as part of its drive to make the social network friendlier to smartphones and tablet computers. –AFP

Facebook said it was buying a startup specializing in powering mobile applications as part of its drive to make the social network friendlier to smartphones and tablet computers.

Facebook did not disclose how much it paid for San Francisco-based Parse, but online reports valued the deal at $85 million.

“By making Parse a part of the Facebook platform, we want to enable developers to rapidly build apps that span mobile platforms and devices,” Facebook said in a blog post.

Parse provides software developers tools for building applications and handles behind-the-scenes tasks such as data storage and servers to handle services for app users regardless of which mobile devices are involved.

“This removes the need to manage servers and a complex infrastructure, so you can simply focus on building great user experiences,” Facebook said.

Parse was founded in June 2011 and was reportedly embarking on a new round of funding when Facebook stepped in to make the purchases.

“In just under two years, we’ve gone from a rough prototype to powering tens of thousands of apps for a very broad spectrum of customers,” Parse chief executive Ilya Sukhar said in a blog post.

Facebook has made a priority of following its more than one billion members onto smartphones and tablets, which are fast becoming the preferred gadgets for connecting with the leading social network. –AFP