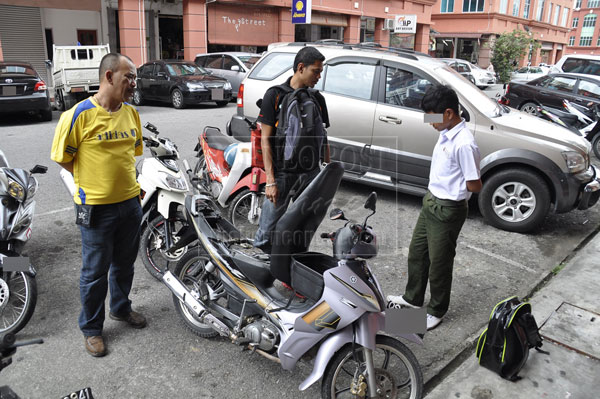 NO DRIVING LICENCE: Two CID policemen lecturing the Form 3 student who admitted riding the motorcycle without a driving licence. 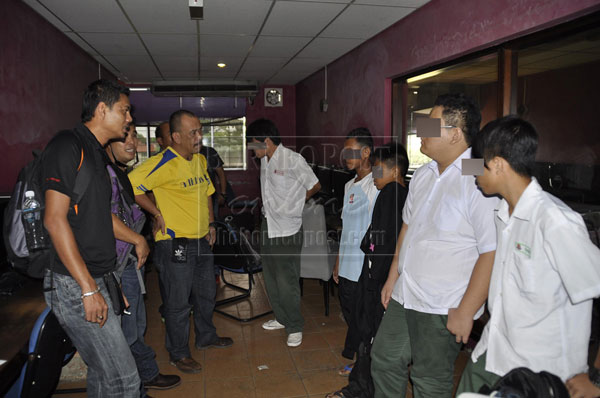 SIBU: Seven secondary school students aged 12 to 15 gave various reasons for playing truant when they were apprehended by an anti-truancy squad in an operation yesterday.

One of them gave the reason that a teacher had not allowed him to enter school for being late.

“Beginning last year, I have always been late for school because I sleep late as I have to work at night, often until 1 to 2am,” the boy told the police.

He did not mention the nature of the job.

“When I was late, the teacher told me to leave,” he alleged, adding that he had no place other than the cyber cafes to hang out.

When asked by the police to contact his parents, the boy said he had left his handphone at home and could not make the call.

Two of the boys detained used motorcycles without a driving licence.

Most of them were clad in T-shirts when caught at cyber cafes. Their school uniforms were found inside their school bags.

Some did not even carry books with them.

A 12-year-old boy was found sleeping at a cyber cafe during the raid.