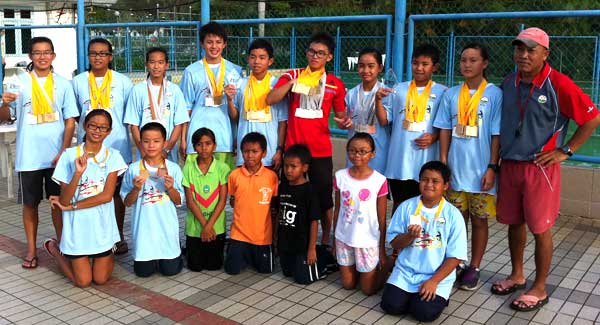 MIRI: The Miri Division Amateur Swimming Association (Masa) did Sarawak proud when they emerged champion in the 21st Brunei Age-Group Swimming Championship from April 26 to 28.

The team collected the most number of gold medals and medals – 38 gold, 30 silver and 10 bronze – 14 more gold medals than next rival, ISB Swimming Club, Brunei.

Two Sarawak swimmers and another swimmer from Masa were also among the 10 recipients of the Best Swimmer Award.

“This is the best achievement so far and all our 22 swimmers did their best after training diligently under coach Mandu. Last year we didn’t take part,” said the Masa spokesperson to thesundaypost yesterday.

The Masa team was led by William Lee as team manager and Mandu Nyungkan as team coach.

A total of 215 swimmers from twelve swim clubs in Brunei and Miri took part in the three-day championship held at the National Swimming Pool of Hassanal Bolkiah National Sport Complex.

They competed in 139 individual and six relay events.