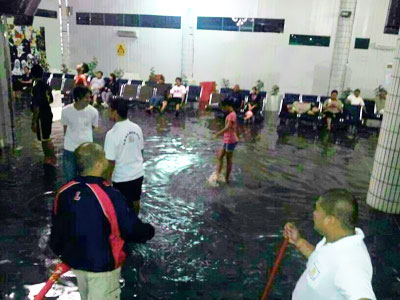 Fire and Rescue personnel arrived at the scene while mopping up work was conducted to reduce the impact of the flooding even as passengers calmly made their exit.

Some passengers even took snapshots of the flooded arrival hall.

The flooding gradually receded past midnight and normal conditions were restored following swift action by the cleaners. — Courtesy of Borneo Bulletin