Friday, July 30
You are at:Home»Business»BizHive»All the hubbub about Sarawak’s halal hub 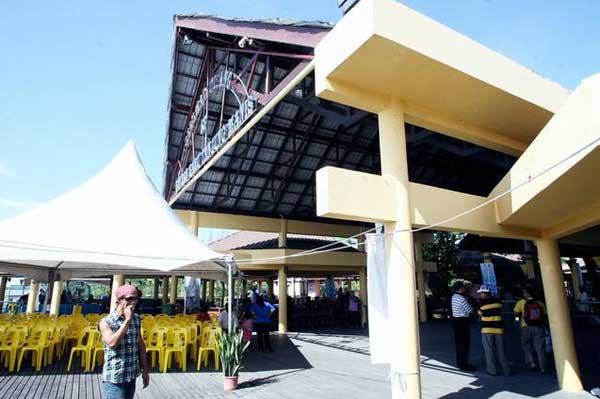 NEW JETTY: Photo shows the new jetty at New Township Tanjung Manis. Regarding the halal industry, the high-level event will showcase the Tanjung Manis Halal Hub, which will be the destination of a post-event visit by delegates, who will observe infrastructure developments made in the industrial node first hand. — Bernama photo

What does it mean to be halal?

It is, admittedly, a concept that is altogether foreign to many, especially a Colombian-American from New York, like myself. But it is nonetheless a topic that now more than ever merits a pause for discussion.

Halal, it can be said, is a lifestyle that priortises cleanliness and safety, one that is not constrained by religious beliefs, as the rise the industry is experiencing in Shinto-dominated Japan clearly shows. Moreover, halal is not simply defined by food ingredients, but extends the boundary of its definition to clothing, cosmetics and more.

The global halal industry is now worth an estimated US$2.3 trillion, a figure that will be undoubtedly quoted as part of a high-level discussion on June 12, when innovative scientists and industry leaders are brought together in Kuching to discuss how consumers’ perspective of halal is developing and how the industry is keeping apace.

The Inside Investor Roundtable and Dialogue Sarawak 2013, to be held in the Pullman Hotel, will also gather a number of top official and business people from Asean and the Gulf Cooperation Council (GCC), who will participate in panel discussions on halal aquaculture and agriculture, as well as energy and infrastructure integration in the region.

Regarding the halal industry, the high-level event will showcase the Tanjung Manis Halal Hub, which will be the destination of a post-event visit by delegates, who will observe infrastructure developments made in the industrial node first hand.

This is the long-awaited kicker. While the Samalaju Industrial Park has stayed in part true to its Bahasa meaning, Tanjung Manis Halal Hub has been waiting for just such an opportunity to showcase investors its natural assets.

One such point: the 70,000 hecatres gazetted by the State of Sarawak for the development of the Tanjung Manis Halal Hub is strategically located in a deep delta suitable for sending large vessels into the South China Sea, offering the potential for a export industry to spring up with channels to some of the fasting growing consumer markets in the world.

Through forward-thinking breakthroughs, the concept of halal has become increasingly malleable, extending its definition to consumer products, such as cleaning fluid, cosmetics and clothing.

At the forefront of the task to all at once broaden and focus the halal industry is Dr Winai Dahlan, director of the Halal Science Center (HSC), Chulalongkorn University, Bangkok, who will be a featured panelist at Inside Investor’s upcoming event.

“The HSC has developed Najis cleaning liquid, a cleaner used in factory machinery that adheres to the principles of halal by obeying chemical requirements,” Dr Winai told Inside Investor late last year.

“Porcine DNA Primer is another one, which is used for forensic research to identify tracts of pork in foodstuffs. We have also developed a food management system for halal for food manufacturing called Hal-Q, which sets hygiene standards, a kind of halal ISO equivalent,” he added.

Innovative developments such as these are now setting goalposts that the industry once could never imagine. For example, HSC’s Najis cleaning liquid is just the start of a consumer revolution that could spread to countless other projects like it, with halal-conscious companies gobbling up the stuff.

In turn, consumers far and wide are already catching on, attracted by the industry’s piety to environmental and physiological safety.

“The Japanese have discovered halal as a business and are very interested to build up trade relations with halal producers,” Dr Winai said.

Tanjung Manis’s design offers one such springboard to reach and grow the industry in this direction, a topic that will be on top of the agenda of discussions carried out by incoming delegates to Kuching.

Previous ArticleHasan: Submit proof if there is truly a price hike
Next Article ‘There is life after Liu’ — China hurdler