Monday, September 26
You are at:Home»News»Sarawak»Preserve traditions and customs, Ibans told 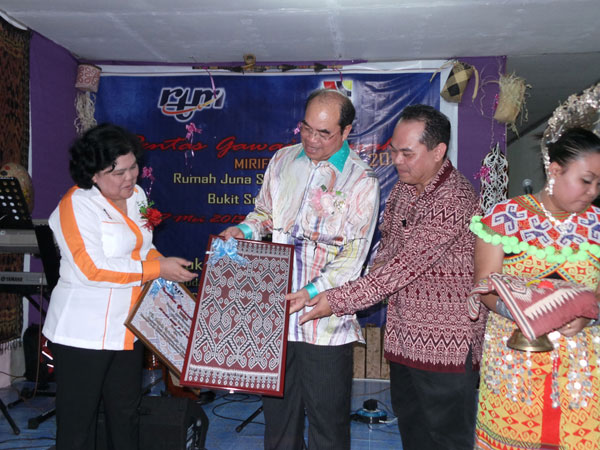 TOKEN: Dayang Fatimah (left) presenting a memento to Entri while Simon looks on. 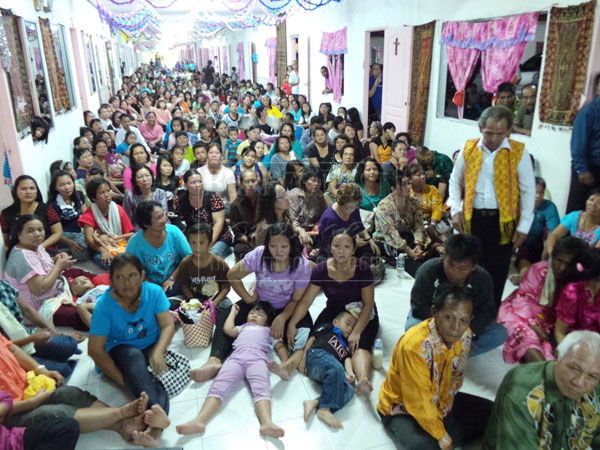 WELL ATTENDED: A section of the longhouse folk at the event.

MIRI: The rich traditions and customs of the Iban community should be preserved by the respective longhouses or regions through a collective effort from the elders and younger generations.

Entri was glad to note that the modern-day Gawai Dayak included traditions such as ‘Mengap’, ‘Pandang’ and ‘Gawai Batu’ which were associated with harvest celebrations in the past.

He called for such rich heritage to be preserved and knowledge to be passed down to the younger generation as there were already signs of it dying out.

“Set up a committee in Bakong-Tinjar area to preserve these ‘adat asal’,” he advised.

On the recently-concluded general election, Entri, who is also Marudi assemblyman, said it was fortunate that Baram would remain in BN’s fold in the next five years, thanks to Anyi Ngau’s victory.

Surprised at the dismal results for BN in some of the polling stations which he won with handsome majorities in the last state election, he believed it was because of higher expectations for development.

“Development is not just about water and electricity supplies but on how much the ruling party can be relied on to bring them to the next level,” he said.

Earlier on, newly-minted Baram MP Anyi Ngau in his speech attributed his victory in the 13th general election to the electorate.

“BN won. The people won. Anyi Ngau happens to be the BN candidate and I pledge to work hard and do my best in collaboration with our leaders in Baram,” the former district officer said humbly.

Meanwhile, he called for unity among the people of Baram as the 13th general election had already passed and the people had spoken.

“The election is over, let us close ranks and work together as this Gawai season is the perfect antidote for post general election interaction,” he said.