Saturday, December 3
You are at:Home»News»Nation»Najib: BN needs to be brave, change to remain relevant 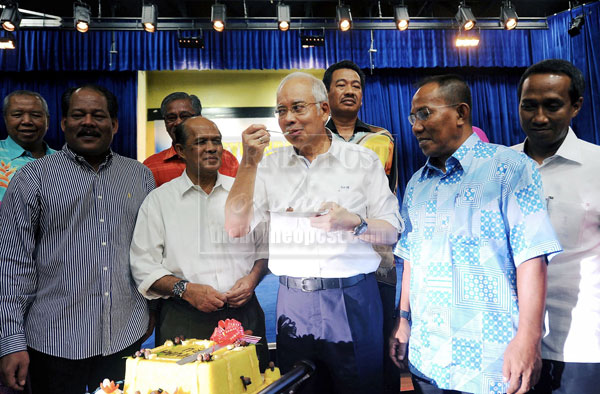 Najib said since the political landscape of the country was changing rapidly through the process of urbanisation, education, quality of living, information technology, the formula used by BN all these years may not be relevant any more.

“We cannot expect the formula used now would be suitable in the future. We must be open minded and be pragmatic not dogmatic,” he said when speaking at the Pekan Umno Division’s thanksgiving ceremony at Dewan Konvensyen Sultan Haji Ahmad Shah, here, yesterday.

Najib who is also the BN chairman said the coalition’s ability to retain power after the 13th General Election showed that the party was unique in its own way.

“No political party in a democratic parliament can boast of having maintained a success record of having been in power continuously,” he said.

The prime minister said what was important was to be brave to bring about changes to revitalise the image of the party so that the people can continue to accept the party since the coming general elections are going to be more challenging.

Najib said BN must find out the reasons as to why the people did not support the coming in the 13th General Election.

“In an open democracy, it is impossible to gain 100 per cent support but if we are determined, sincere and honest, we can regain the support of the people,” he said.

In the just concluded 13th General Election, Najib secured a bigger majority of votes in the Pekan parliamentary seat with 51,278 compared with the previous count of 35,613 votes, en route to beating PKR’s Fariz Musa who managed only 15,655 votes.

Najib also reminded all elected representatives to serve the people sincerely and not be blinded by power. — Bernama