Wednesday, May 19
You are at:Home»News»Sabah»Boy, 9, and teenager feared drowned 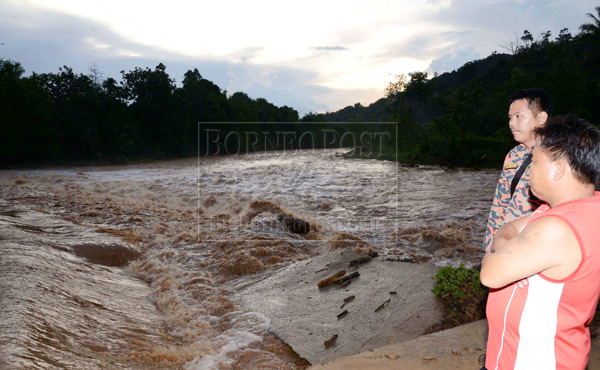 A Fire and Rescue Department personnel and a villager involved in the search and rescue operation in Babagon River, Penampang where the nine-year-old boy was feared drowned.

KOTA KINABALU: Two persons, a nine-year-old boy and a teenager, were reported missing and feared drowned in two separate incidents in Penampang and Tuaran yesterday.

The first incident happened in Babagon River, Penampang when Jerome Jeremy Maratin, 9, and two friends were swept away by strong currents while they were swimming in the river at about 4.30pm.

The two friends, also aged nine, were however rescued by villagers who saw them having difficulties staying afloat, but they could not save Jerome.

A search and rescue operation was carried out by the Fire and Rescue Department personnel from Penampang but was called off yesterday due to the darkness last night.

In the other incident, the teenager whose identity was not immediately known, was reported missing and feared drowned while fishing with a friend at a beach near Mimpian Jadi Resort in Tuaran around 5.33pm.

His friend was said to be rescued by villagers 15 minutes later after the incident.

The Fire and Rescue Department personnel from Tuaran failed to locate the boy yesterday, and the search and rescue operations at both areas are expected to resume at 6am today.