Thursday, July 16
You are at:Home»News»Sabah»Over 300 ride in silence 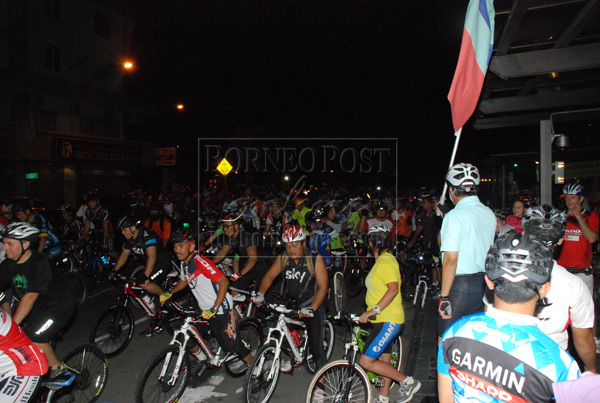 The event was flagged off at 8pm sharp. 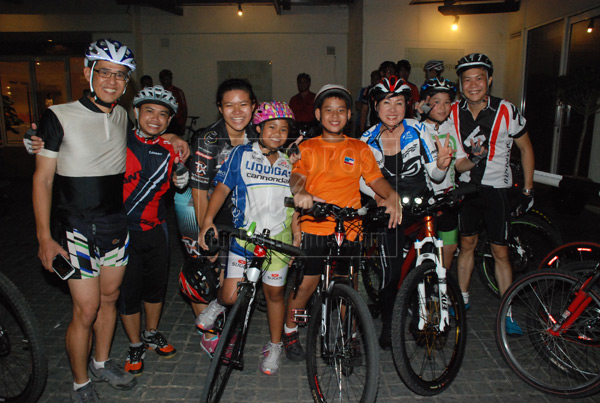 Some of the participants before the flag-off.

KOTA KINABALU: More than 300 cyclists from Kota Kinabalu and nearby districts took part in the Ride of Silence global movement to raise awareness for cyclists on May 25.

The event consisted of a 20km slow-paced ride of no more than 15kph on public roads. It is a free event that simply asks cyclists to remain silent during the ride and adhere to all road safety rules.

Participants gathered at Hyatt Regency Kinabalu’s Shenanigan’s Terrace as their starting point and were asked to register themselves before the flag-off at 8pm sharp. Cyclists as young as the age of five years old were also took part to show their support towards the event.

They made their way to the Federal Government Administrative Complex along Jalan UMS before turning back to its starting point. To avoid mishap, Hyatt Regency Kinabalu teamed up with the traffic police and ambulance to guide cyclists along their way.

The ride took about an hour before participants reached back the starting point and were then treated with light refreshments.

As the number of cyclists in Sabah increases, organizers are hoping around 400 cyclists from around the state will come to support this yearly event.

The Ride of Silence is an annual movement to raise awareness among drivers of motor vehicles that cyclists also have rights to public roadways. This ride is also a chance to honour the lives of cyclists who have been killed or injured on the road.