Tuesday, August 4
You are at:Home»Science & Technology»Google coming out with two new Android phones 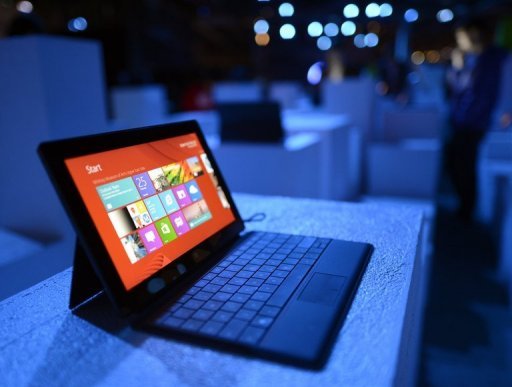 Hugo Barra, Google VP of product management for Android speaks during the opening keynote at a Google developers conference at the Moscone Center on May 15, 2013 in San Francisco, California. -AFP photo

Microsoft on Thursday unveiled an update to its latest Windows operating system that included a return of a “Start” button that had been missed by longtime users of the computer software.

The tweaked version of the operating system, nicknamed Windows Blue, will be previewed on June 26 and will be a free update for users as Windows 8.1, according to the Redmond, Washington-based technology titan.

Microsoft returned a well-known Windows logo to the lower left corners of computer screens in what was seen as a resurrection of a banished “Start” button missed by users.

“Not only will Windows 8.1 respond to customer feedback, but it will add new features and functionality that advance the touch experience and mobile computing’s potential,” Leblond said.

Windows upgrades include Bing-powered searches that expand Internet queries to include searching apps and files on computers along with data stored in Microsoft’s online SkyDrive service.

The update comes amid a lukewarm reception for Windows 8, an operating system released last year to help the software giant transition from personal computers to tablets and other mobile devices.

Microsoft’s Brandon LeBlanc said a public preview of Windows 8.1 will be available starting on June 26, timed with the Microsoft developer conference in San Francisco.

Microsoft said recently it had sold than 100 million licenses for Windows 8 but that the update was planned after listening to customers.

Some analysts say Microsoft was forced to act because of slow adoption of Windows 8, which made some radical changes to the design of the desktop.

With Windows 8, Microsoft was trying to create a system that could be used on mobile touch screen devices while also serving the users of traditional PCs.

Microsoft launched Windows 8 last October, revamping its flagship system in an effort to make inroads in the fast-growing mobile segment. At the same time, it launched its Surface tablet computer. -AFP