Sunday, July 12
You are at:Home»News»Sarawak»Three killed, one injured in horrific road crash 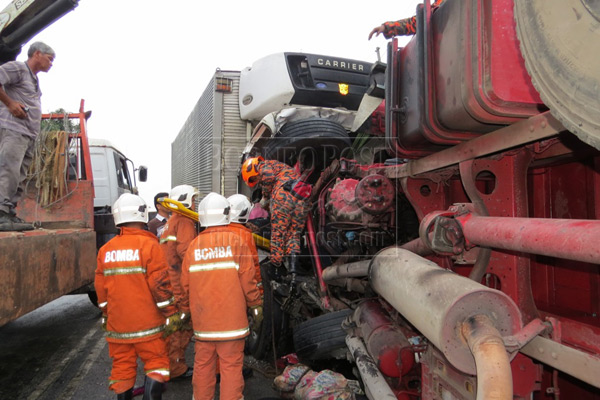 DIFFICULT: Firemen struggling to extricate bodies from the wreckage. 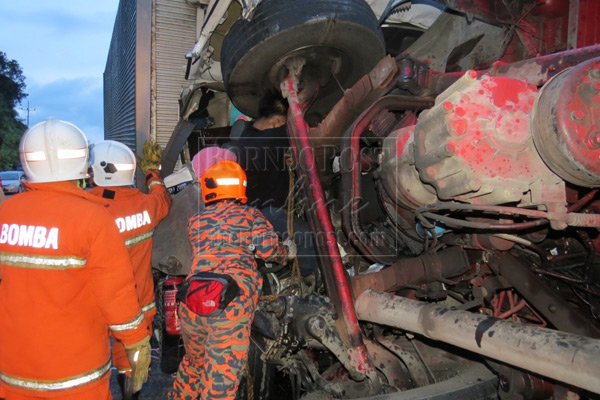 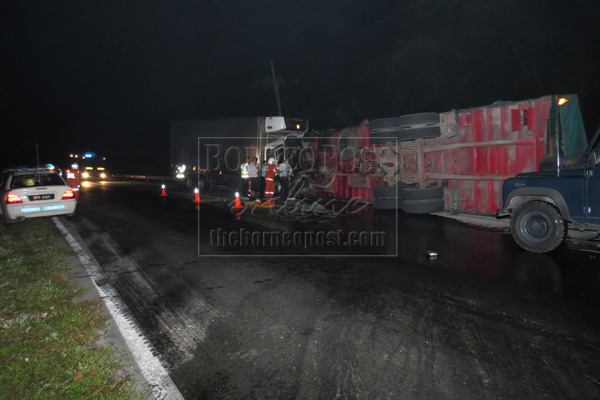 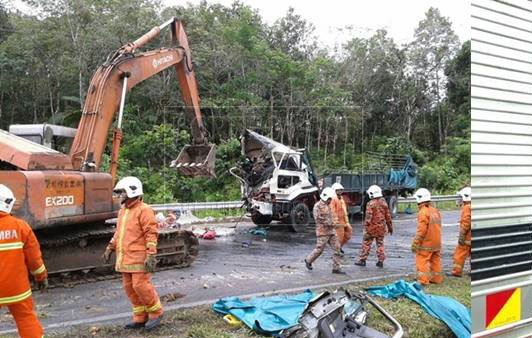 SARIKEI: Three people were killed while another was seriously injured when a lorry collided head-on with a truck at about 20Km from here along Sebangkoi-Sungai Paoh Road early yesterday morning.

The dead have been identified as Albert Nyanggau Lari, 23, Franky Gimau, 22, and Chien Ah Fui, 49.

Both lorry and truck has a driver and an attendant inside. The lorry was heading north from Kuching while the truck was bound for Kuching.

The seriously injured victim is the attendant from the truck. Albert, Franky and Chien were believed to have died on the spot.

When firemen reached the gruesome scene, the remains of Franky and the injured attendant, whose name was not disclosed, had already been taken to Sarikei Hospital by passers-by.

Haron said firemen had a tough time extricating the remains of drivers Albert and Chien as their vehicles were badly mangled.

They only managed to extricate Albert’s body at 8.56am after using heavy machinery, including a crane and a bull dozer. The body of Chien was extricated about an hour later after sawing off the front portion of the truck.