Thursday, June 4
You are at:Home»News»Sarawak»Walloped for friends’ drunken antics 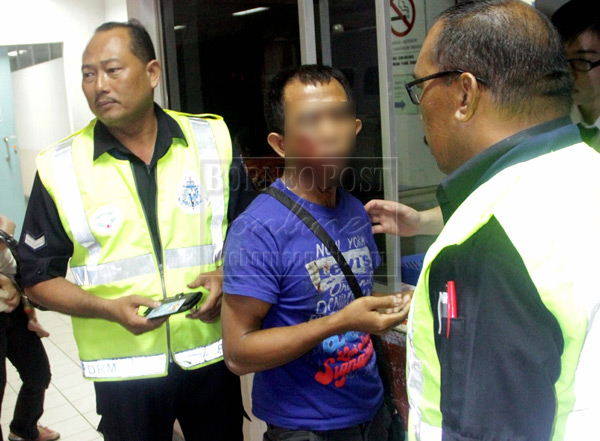 INNOCENT VICTIM: The victim seeking treatment at SGH for injuries to his face after the beating.

KUCHING: A man was left with cuts and bruises on his face after the drunken antics of his friends led residents at Foochow Road to beat him up thinking he was a thief.

The incident occurred around 2.30am yesterday when the victim and two friends were walking along Foochow Road back to their house which was located nearby following a drinking session.

During their walk, his two intoxicated friends were said to have rushed up to a house and started to violently shake the front gate before running away when the owner and his family woke up.

Thinking that thieves were trying to enter their house, the occupants rushed out and confronted the victim, who was left there standing alone after his friends ran off.

They beat him up before police arrived. Police then take him to the Sarawak General Hospital (SGH).

In an unrelated incident, a Tabuan Dayak resident was slashed twice on his back while walking past the house of a mentally-unstable man on Thursday evening.

The 31-year-old said he was walking towards the house of a recently-deceased relative to attend a prayer session when another Tabuan Dayak resident – believed to be of unsound mind — rushed out of his house and attacked him with a meat cleaver.

The victim was able to escape the deranged man and sought the help of his relatives staying nearby to send him to SGH.