Monday, February 17
You are at:Home»News»Sarawak»No open burning during dry spell 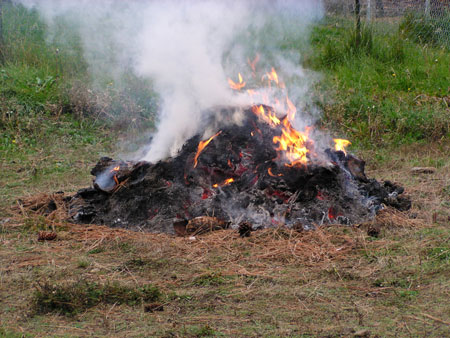 BACKYARD BURNING: Authorities have advised the public to refrain from backyard burning in view of the current dry spell.

SIBU: The public could be slapped with a hefty compound for unapproved open burning in view of the current scorching hot weather.

Sibu Municipal Council (SMC) deputy chairman Daniel Ngieng, who issued the warning yesterday, advised the people to refrain from carrying out backyard burning outside their homes.

“Open burning without approval can be compounded under the Public Health By-law. The public can apply for permission for open burning from the Natural Resources and Environment Board (NREB),” Ngieng told The Borneo Post.

A drive around some housing estates here yesterday saw several residents burning dried leaves, grass and others in their backyard.

As such, such activity should be avoided when proper controls could not be put in place.

“We also advise those who carry out open burning on their land for cultivation or farming purposes to take precautions, including ensuring that the fires are put out before leaving the area,” said Abdul Mutalib.

As for Air Pollutant Index (API) in the state, the Department of Environment’s (DOE) website showed that most places experienced moderate air quality as of 7am yesterday.

Sarikei had the highest API reading in the state at 70, followed by Kuching (67) and Samarahan (65).

DOE’s website recorded 76 percent of the country having moderate air quality, 17 percent (good) and the remaining seven per cent (unhealthy).