Monday, May 25
You are at:Home»News»Sarawak»Elderly man dies when tree branch pierced his chest 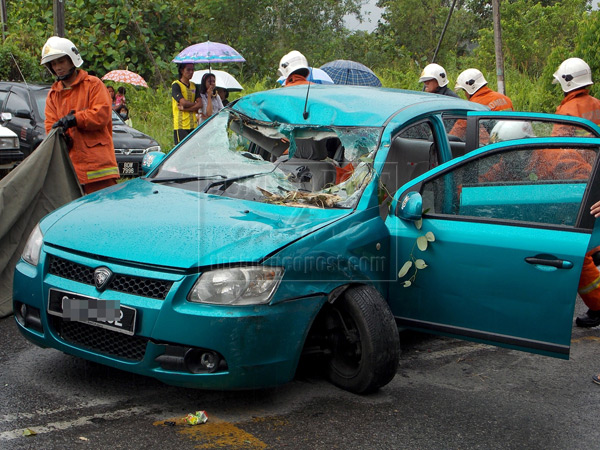 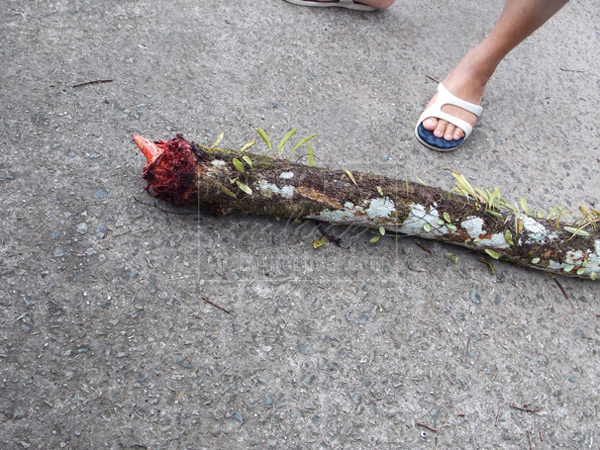 BLOOD STAINED: The tree branch that pierced the chest of the victim.

SERIAN: A fish monger was killed when a tree fell on the Proton Saga he was in at KM58, Jalan Kuching-Sri Aman during bad weather yesterday.

The victim identified as Bong Kueh Chong, 74, died on the spot when a sharp branch of the tree pierced his chest during the accident that happened during heavy rain and strong winds at about 1.15pm.

The victim and his 46-year-old daughter, who was driving the car, were on their way home to Taman Pasir in Serian.

Personnel from the Fire and Rescue Department (Bomba) had to be called in to extricate the victim’s body from the front passenger seat of the wrecked car.

His body was sent to Serian Hospital for a post-mortem while the woman only sustained minor injuries.

Serian district police chief DSP Mohd Jamali Umi confirmed the accident when contacted and said the case was being investigated.